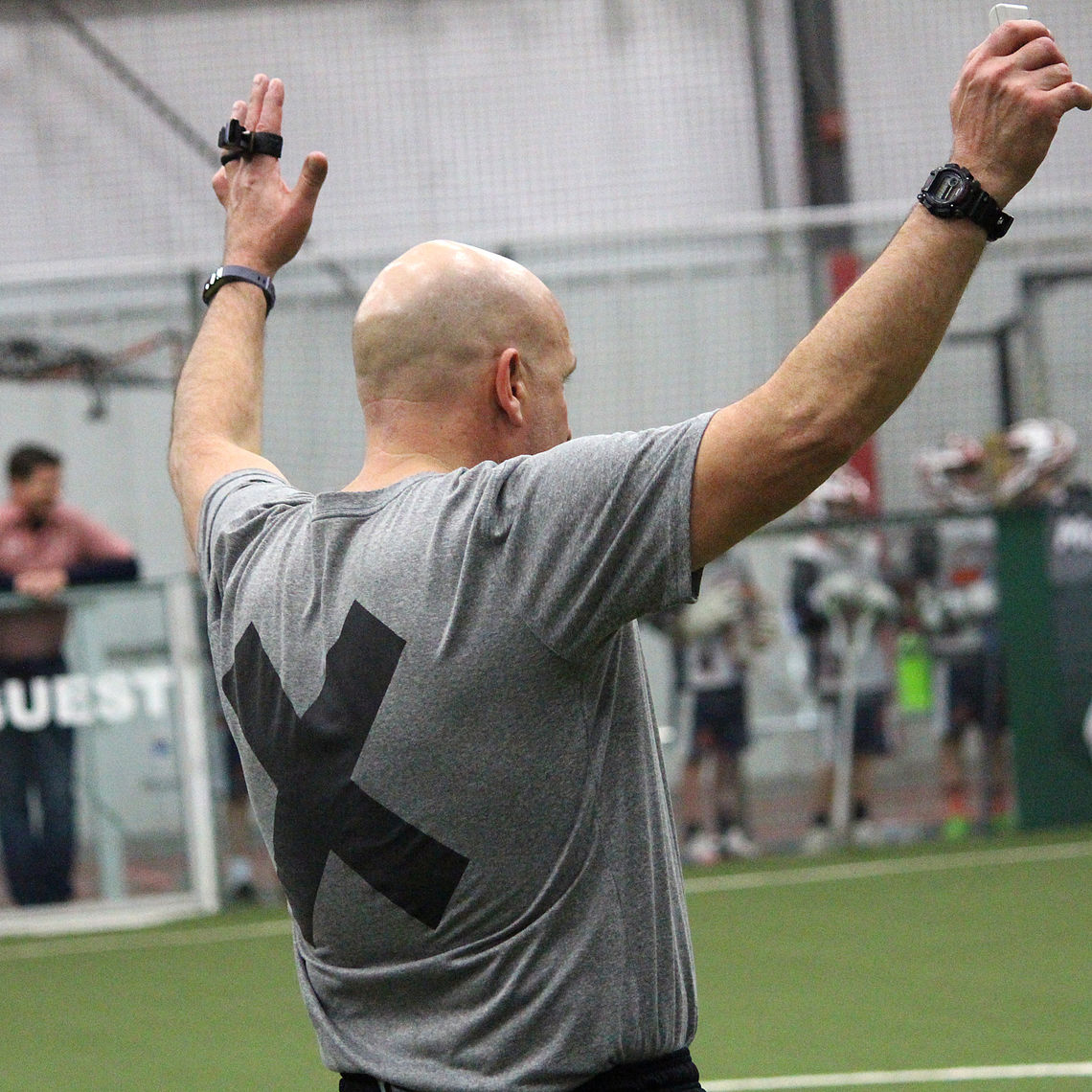 **All Players must complete the online player waiver prior to participation. Mouth guards must be worn at all times along with appropriate equipment. **

Youth / High School Indoor Events- will play using US Lacrosse Indoor Rules with the following modifications and / or points of emphasis.

Game Length- Generally, games will be 2 – 13 minute running halves with a 1 minute halftime. Rink time permitting, games may be longer when possible.

Illegal Body Checking and Boarding- Illegal body checking or body checking an opponent into the boards who is in a vulnerable position are the most dangerous checks in the game. Body checks that are reckless or attempted to deliberately injure an opponent will result in a match penalty. Always protect the athlete.

No Fighting- Players who engage in fights must be removed from the game and possibly the tournament. Always protect the athlete.

Play the Ball- When players are pursuing a loose ball, stick checking an opponent’s stick and some body contact is allowed. If the body contact is more than equal pressure and a direct attempt to drive the opponent off the ball while making no attempt to play the ball, possession shall be awarded to the non-offending team for interference. Always protect the athlete.

Penalty time will stop during a time-out, injury time-out or while another penalty is being called. The game clock will stop when a penalty is called with under 2 minutes in the game.

Multiple penalties – teams cannot have less than 3 running players on the court. If a third player is penalized their penalty time will not begin until one of the former penalties is over.

Penalty shots are used to restore a scoring opportunity which was lost as a result of a foul being committed by the opposing team. The offended player must have had a clear path to the goal.

Face-offs- Face-offs will only take place at the beginning of each half. After all goals the team conceding the goal must retrieve the ball from the goal and begin play. The defensive team must drop back past the mid-court line.

Counts- When a team gains possession in their defensive end, they must advance the ball beyond mid-court within ten seconds.

Crease- All players can run through the crease if they do not have the ball. If an offensive player is in the crease while a goal is scored, the goal will be disallowed. Shooting players can dive or land feet first in the crease as long as the ball has crossed the goal line first.

Back Court Rule- There is no back court rule unless the team is in a “man down” situation.

Picks- Picks and moving picks are allowed. Picking players may not ‘drive’ another player.

Checking- For 5th, 6th and 12U divisions, no body checking is allowed. Defensive players may place their stick on the ball carrier and push them away (Place and Push).

Stick Checks – Coaches may not ask for a stick check. Please see tournament director for questions.

Overtime- Semi-Final games tied after regulation will be decided in a shootout. Each team will get 3 attempts to score. Championships games will play a 4-minute sudden death overtime. If no goal is scored, teams will move to a shootout. No overtime in pool play.

Playoff Seeds- Teams will be seeded based on points; teams receive 3 points for win, 1 point for a tie.  If two or more teams are tied on points after pool play, the following tie-breakers will be used: 1) Head to Head, 2) Goal differential (max 7 per game +/-), 3) goals against, 4) coin flip. In the event of a 3 team tie, the tiebreaker process starts at step 2. Once a team is selected as winning the 3 team tiebreaker, the tie breaking process restarts at step 1 with the remaining 2 teams.

Roster regulations- No player can compete on more than one team within the same age group or grad year. Limited age exceptions can be made in advance at the discretion of tournament directors.

No tolerance policy- alcohol, drugs, discrimination based on race, gender, religion, or sexual orientation by players, coaches, or fans. If a player, coach, or fan is proven to be in violation of this, the result will be an immediate ejection from the tournament venue.

Referees- can stop the game for any reason that he/she feels fit.