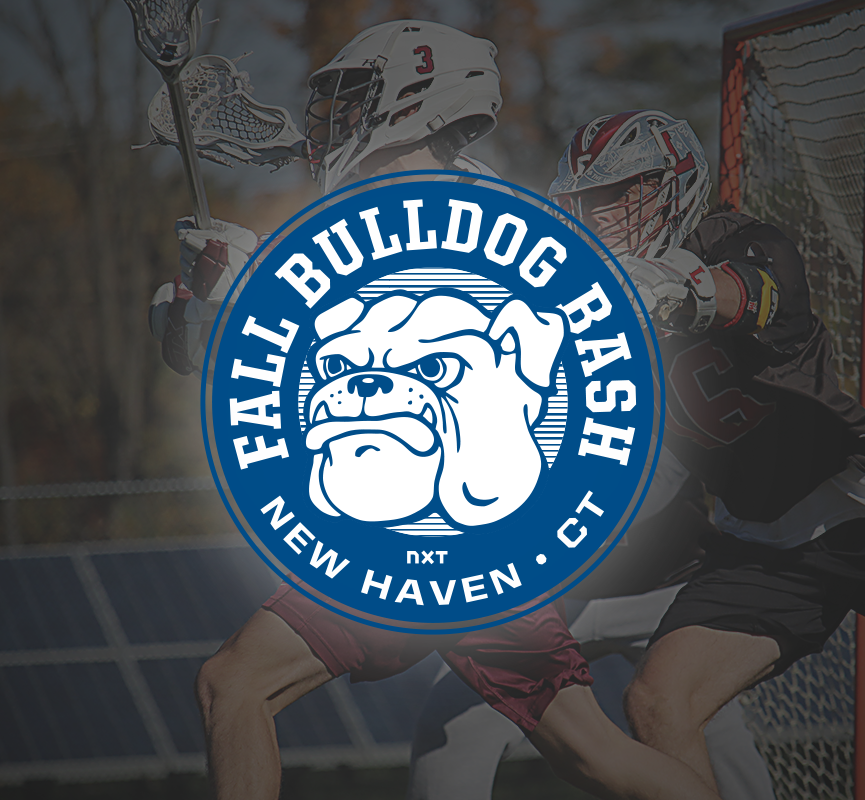 The Fall Bulldog Bash is about a desire to work hard, play harder, and come out as the top dog in this youth, middle school, and high school tournament. NXT has come together with former Division I Coach of the Year and 2018 National Champion coach, Andy Shay, of Yale University to create an unmatched presence of lacrosse in New England.

The fall Bulldog Bash tournament has become one of the largest fall lacrosse tournaments in the area, hosting over 100 youth and high school teams annually.

This event happens twice a year in both the summer and fall so be sure to sign your teams up for both to play against the nation's highest competition.

Fall 2022 registration opens in April. Teams can follow the steps to registration by clicking below, or by reaching out to our tournament director. From here, parents can also complete their waiver!

Reese Stadium - 75 Central Ave, New Haven, CT 06515 // Yale University is a private Ivy League research university in New Haven, Connecticut. Founded in 1701 as the Collegiate School, it is the third-oldest institution of higher education in the United States

Photos from the 2021 Bulldog Bash are available on Facebook!