The ninth year of the Can-Am Showcase brought the Midwest’s top high school prospects to beautiful Grand Park in Westfield, IN. Below are Brett Manney's 2020 Can-Am Showcase Manney's Men selections. 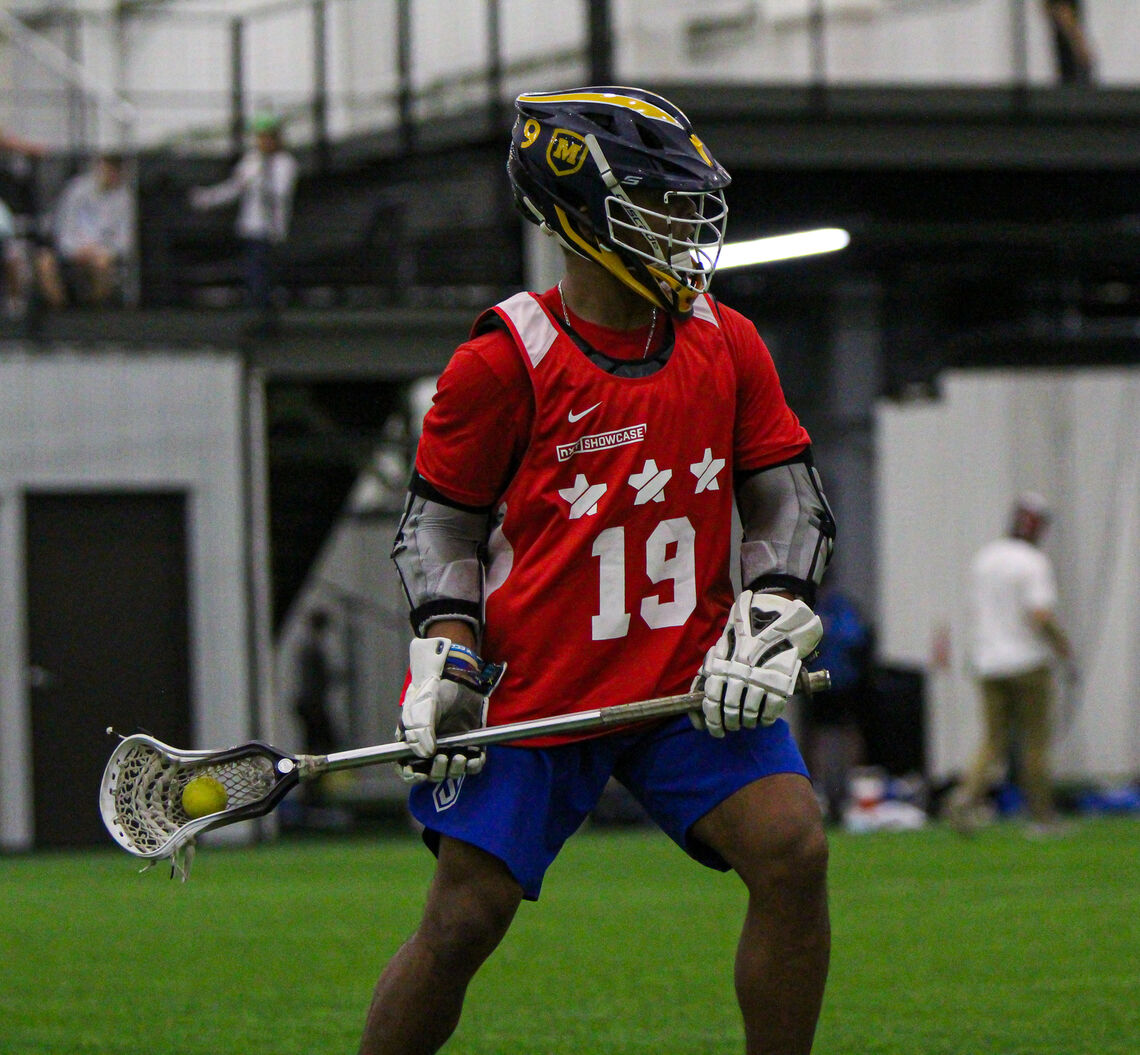 The ninth year of the Can-Am Showcase brought the Midwest’s top high school prospects to beautiful Grand Park in Westfield, IN. Athletes from the 2021-2024 graduating classes got a chance to showcase their talents to college coaches on three full-sized indoor fields. While NCAA DI schools remain in a recruiting dead period, over 40 DII and DIII coaches were in attendance to watch. Every game was also live-streamed and will be distributed to every DI, DII, and DIII coach in the country this week.

The Showcase was at capacity this year and included 237 athletes from15 states and Canada. Below are Brett Manney’s 2020 Can-Am Showcase Manney’s Men selections.

What Wendling might lack in size he makes up for it in swagger and toughness. Whether he was dodging from behind or from the wing, Zach was an accounted man for on the field. Defenses quickly knew to slide to him because his quick change of direction left defenders in the dust and he is fearless when he attacks the cage. When he had his feet set, he could unleash a dagger of a shot sidearm high or low. He formed a potent 1-2 punch with Chase Bruno throughout the day which was a nightmare for defenses. If he continues to work on his left hand and improve his passing he will be a lethal attackman.

I have been on his bandwagon since watching him as a rising freshman two summers ago as the young man from Tennessee continues to develop his game. This was his first real action of lacrosse this fall and he did not disappoint. Grizzard is a tough faceoff man who competes from the start of the whistle till the end of every possession. His compete level is off the charts, he scraps for groundballs and is athletic enough to hold his own on the defensive side of the field. He was highly ranked throughout the day and took home the King of the X crown. At the next level, I can see him being a swiss army knife for any lucky program. This competitor left it all on the field on Saturday and walking out of that building turning a lot of heads.

Albers has been on the NXT Showcase field before and I have always taken to his game. Any brave offensive players that tried to take him one-on-one quickly realized that was a mistake. Albers has solid feet, great angles, and a knack for putting the ball on the ground. His teammates quickly realized he was a threat on the ball defending as he immediately had the ball in his stick for transition the other way. The Minnesota native has slipped through the cracks but with some added weight and guidance he would be a steal for any program this late in the recruiting game.

When you rock some serious flow you certainly will get some attention yet when you bring some game to back it up now you are getting noticed for skills too. Brunner’s hair not only stood out but his communication, timely saves, quick reflexes did as well. In one of his last chances to get seen, Brunner lead his defense like a general and made some great saves inside to spark his team throughout the day.