The 2020 Girls Philly Summer Showcase took place Wednesday, July 29th at the Maplezone Sports Institute. Over 160 athletes from 63 club teams and 16 states were represented on the rosters. 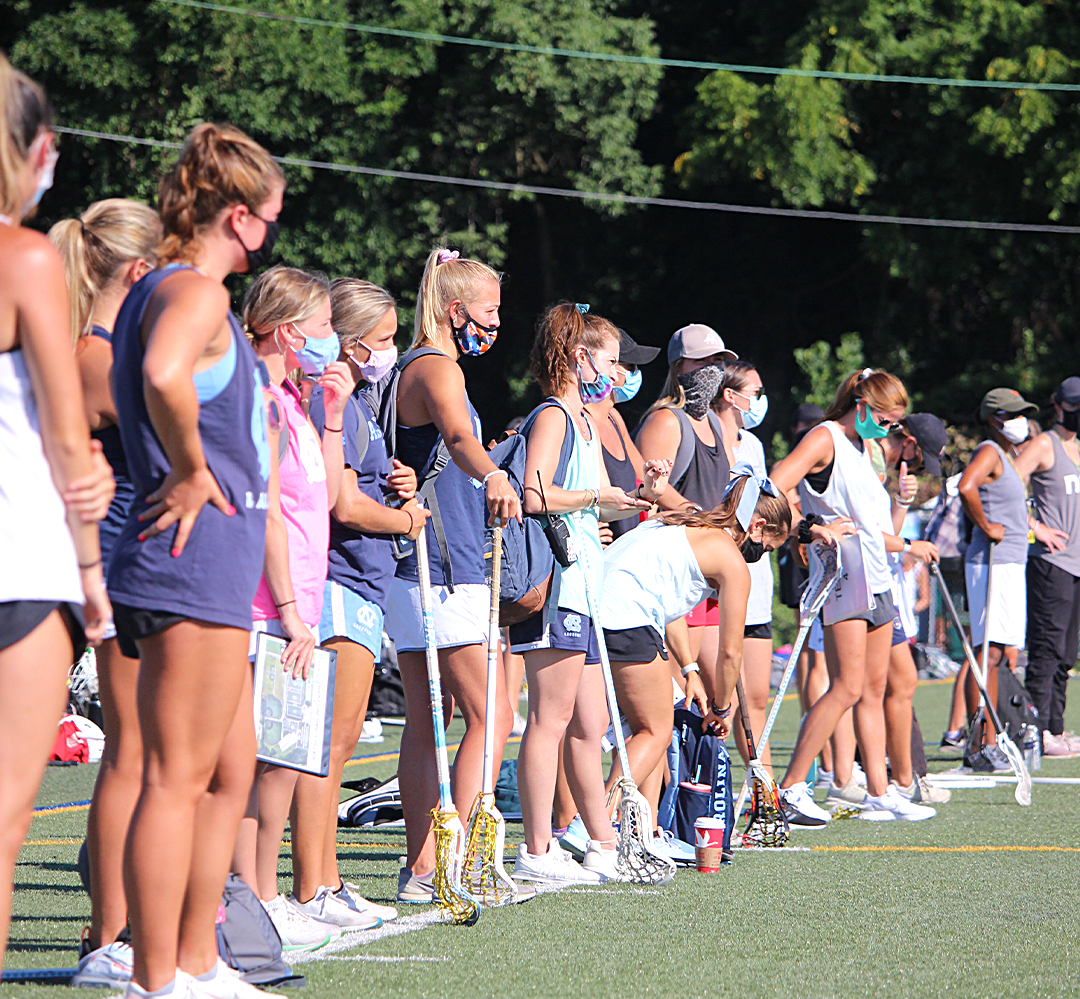 The summer 2020 recruiting circuit was like no other. Due to the NCAA recruiting “dead period,” no DI or DII college coaches are allowed on the sidelines at events this summer. Instead, the college coaches were replaced by 19 Team USA, WPLL, and NCAA DI players to coach the teams. Included in those were Taylor Cummings, Sam Apuzzo, Kylie Ohlimiller, Marie McCool, Alex Aust, and many others! "It was incredible for these elite HS players to interact with their idols throughout the entire event. It was really inspiring" mentioned Kate Henwood, Executive VP of Girls Lacrosse.

Thanks to Next Level Video, DI and DII coaches were still able to recruit. NLV provided a delayed live-stream free to college coaches. After the event, the game film was distributed to every registered coach. In total, 76 coaches from 69 schools pre-registered for game film from the event. Of the 69 schools, 44 represented NCAA DI institutions.

Kate Henwood knows first hand the challenges that this event and the summer recruiting circuit as a whole faced. “Due to the pandemic and subsequent recruiting dead period, this event endured a date change, two-venue changes, a complete overhaul of the staff, and emergency implementation of live streaming! Despite those challenges, we were thrilled to provide a competitive and safely-run event for the nation’s top talent.”

Below is a full list of schools who pre-registered for game film:

NXT is excited to announce a partnership with Penn*Lax and Fusion Lacrosse to jointly power operations of the new East Coast Box Championships, scheduled to take place on January 16-17, 2021 at the Virginia Beach Fieldhouse in Virginia Beach, VA.

In partnership with Next Level Video, NXT is excited to announce the live streaming of eight fall events directly to NCAA DI, DII, and DIII coaches around the country for free. The stream will come complete with digital recruiting books full of player contact information for the coaches.