Year 12 of the Nike Boys Philly Showcase brought no shortage of talent (and good weather) to United Sports last Saturday. Widely regarded as the nation's premier recruiting event, the Showcase hosted over 650 athletes from the 2021, 2022, 2023, and 2024 recruiting classes. Here are the players that stood out to Brett Manney in the class of 2022. 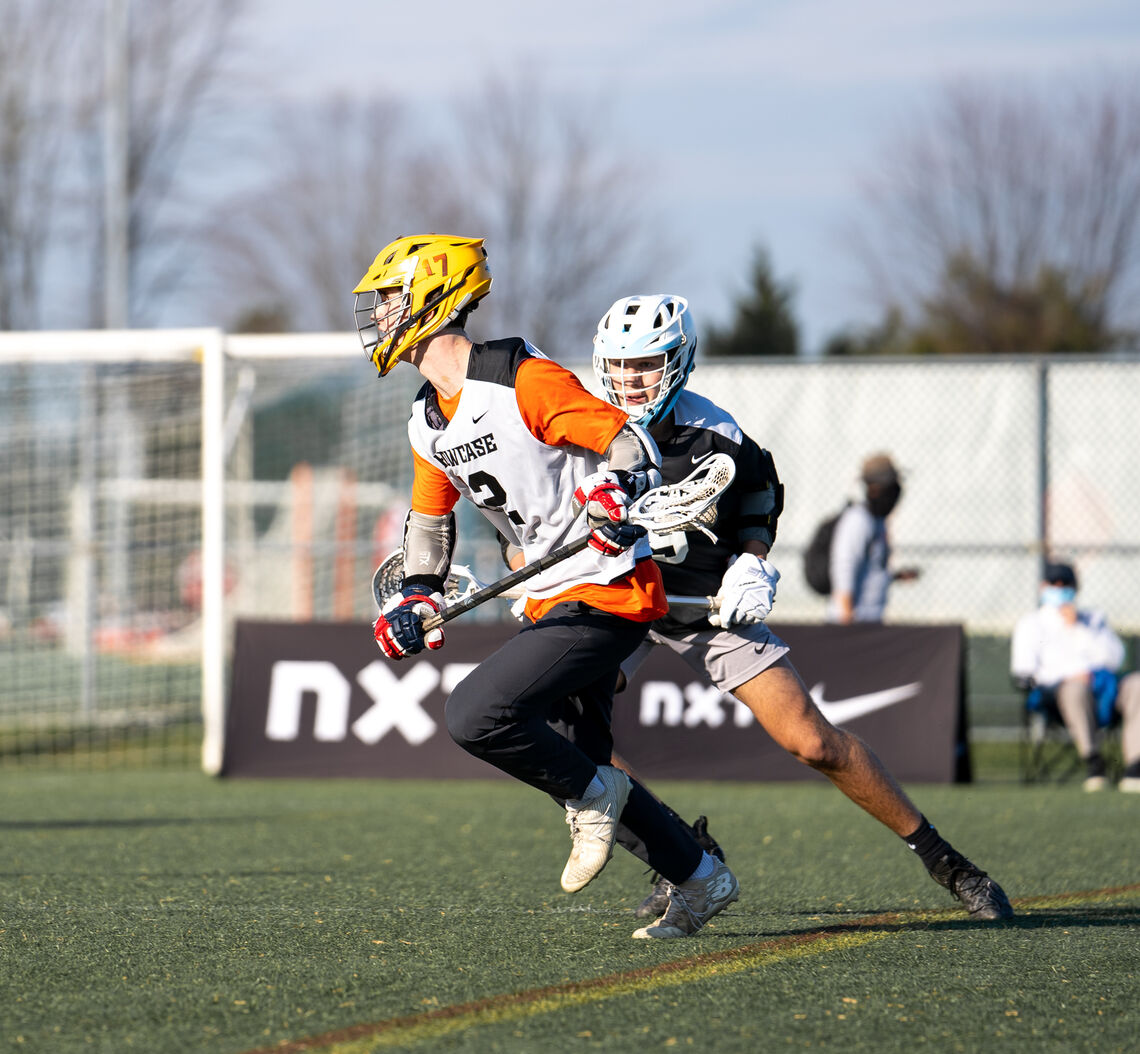 Year 12 of the Nike Boys Philly Showcase brought no shortage of talent (and good weather) to United Sports last Saturday. Widely regarded as the nation's premier recruiting event, the Showcase hosted over 650 athletes from the 2021, 2022, 2023, and 2024 recruiting classes.

The annual Fab-40 All-Star Games concluded the day under the lights. Every all-star selection was given a Nike all-star gear pack that included a Nike jersey, shorts, shirt, head, and a specially designed all-star hoodie. Only 120 were produced by Nike and were reserved exclusively for the Nike Boys Philly Showcase All-Stars.

The class of 2022 featured committed and uncommitted athletes looking to catch the eye of the college coaches both in attendance and watching the live-stream. Below are the 2022's that stood out above the rest to Brett Manney.

The boy from NorCal balled out this past weekend making a statement as one of the better-uncommitted lefties. Cheng does a majority of his work on the lefty wing but is not afraid to mix it up from inside as well. With his feet set he has a deadly sidearm shot and plays with poise. What I like most about his game is his ambition to get his shot off, he has multiple hitches, and spin moves to elude defenders in his quest to get to the net. The 2022 MVP walked away with some custom Nike Air Force 1s fitting for him as he was a force all day.

Over the last decade, I have seen many high school players compete in our showcases. The day is long and the early morning games can lack juice. In my opinion, those players who are passionate, energized, and ready to play the entire day make a difference. That was Spiess right at 9 AM. His first dodge of the game he swept to his right hand and fed the crease for a goal. After the play, Spiess initiated a chest bump firing up his teammates. There is something to be said for those who play the game with passion (in this case with a bunch of strangers meeting for the first time). He might not have skills or elite speed some of the other midfielders did but he finds ways to get to his right hand and is willing to play both sides of the ball. If he continues to work on his left hand he will be a great prospect for someone.

Burnside was a pest at the showcase. The LSM was all over kids’ hands, playing kids out in the parking lot, and made his presence known between the lines. He was able to cover players, pick up groundballs in traffic, and contribute on the offensive side of the field. I love his motor and his energetic play which was the difference between him and his peers on Saturday. As a result, he turned away many kids from dodging on him and many college coaches to take down notes on him!

Peter is part of the 2022 trifecta of Noble and Greenough standouts over the years at the Nike Boys Philly Showcase (Chad Palumbo and Tate Seeman). Del Col is the anchor of the group and always brings his top effort to the showcase again as a 2x All Star. Del Col is extremely steady between the pipes, great on shots down low, and loves to get the ball out of stick early. The southpaw has great quickness on bringing his stick down to low and off hip shots which many of his peers struggle with. When you have a goalie who is always steady and efficient you are always in a position to win and Del Col is your guy.