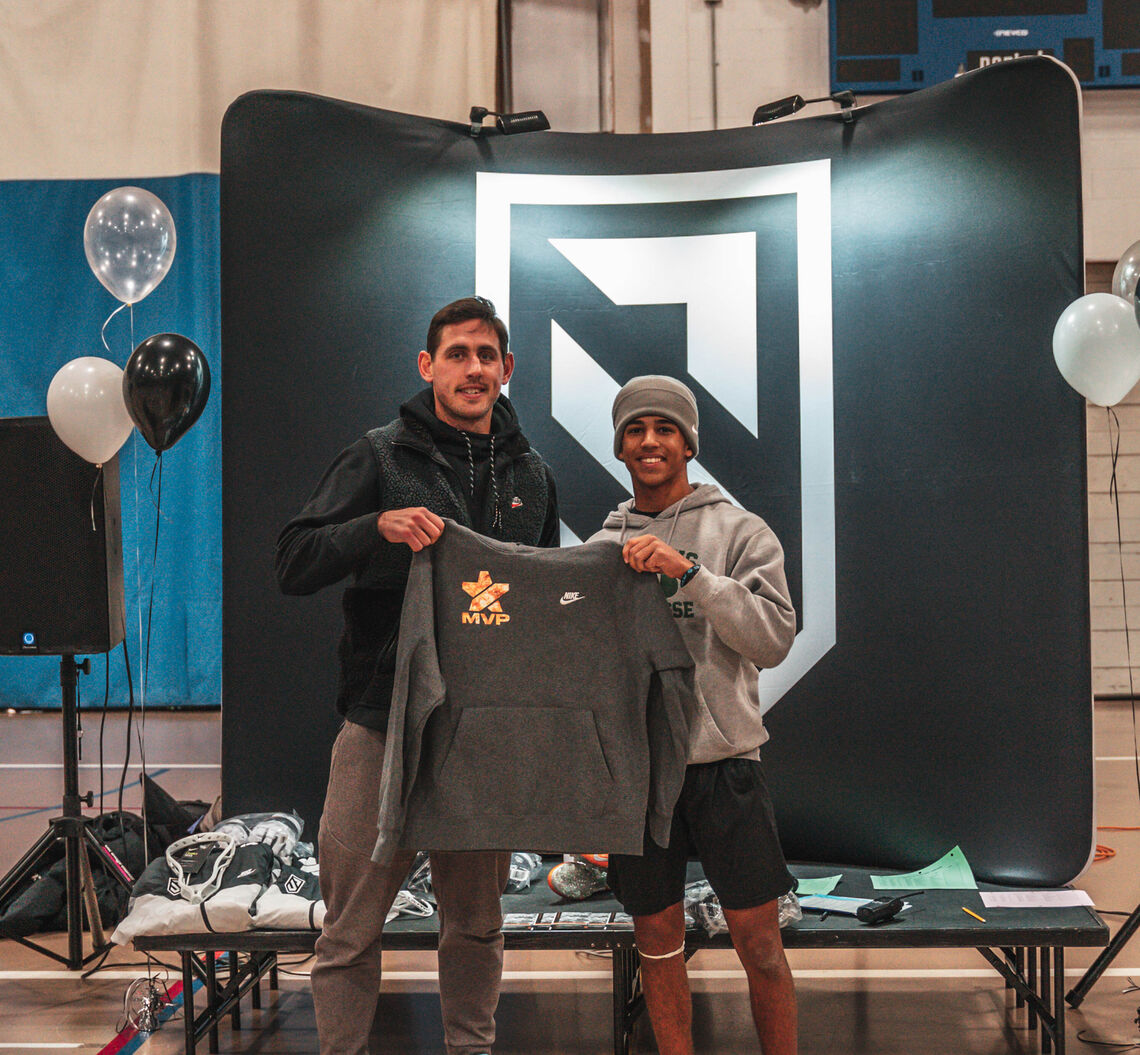 Year 13 of the Nike Boys Philly Showcase brought no shortage of talent to United Sports last Saturday. Widely regarded as the nation's premier recruiting event, the Showcase hosted over 650 athletes from the 2022, 2023, 2024, and 2025 recruiting classes

Each year Brett Manney, VP of Recruiting at NXT highlights the players that stood out above the rest. Below are those who caught Brett's eye in the class of 2024.

Brett Manney, is a 14-year professional lacrosse player, captain of the Albany FireWolves, and two-time captain for the USA National Indoor team, serves as the VP of Recruiting at NXT. He won two bronze medals with the USA National Indoor Team. He played on Delaware's 2007 Final Four team, captained the 2008 team, made the North-South All-Star Game, and is the driving force behind Showcase Lacrosse's nationally-known events. Manney sees players from all over the country at NXT events.

What a dynamic player Gonzalez is. The lefty attackman has great shake, a bounce to get away from his defenders to get his hands free, and is fearless attacking the net. Gonzalez’s team lost their face-off guy early in the day so his opportunities were far less than his peers but he made the most of every opportunity. Another lefty who was in command all day, Gonzalez keeps goalies guessing as he has the ability to bring a shot with heat up high, throw a hard bouncer, or change the plane with ease. There are so many things the young lefty does well that makes it extremely difficult for all defenders. The more he continues to involve others when the attention is on him will only make him more dangerous. He is certainly a 2024 with a huge upside.

In a midfield class at the showcase with many downhill aggressive dodgers (Bellotti, Anderson, Pape, Kissock) Moore had the best day. At 6’2 he already has D1 size and great maturity of knowing when to dodge and when to pass. Moore is at his best running from defense to offense to take advantage of his ability to score down the alley. I love how he engages contact and also finishes at the net and is not afraid to take a hit. The only thing missing from the young midfielder's game is the same production from his left hand but with more practice, there is no reason why he can't dominate from both sides of the field.

Jake certainly has a flair for the game and he was able to show that at the Showcase. He was vocal, had a great stance in getting low, and didn’t shy away from being physical with his opponent. I loved his compete level and his eagerness to approach every player who had the ball like it was his personal mission to stop them. His only downfall is sometimes he is too aggressive which turns into over pursuing but you would rather have that than being passive. As he understands his matchups more and continues to work on his stick, I like the young defender’s future.

Minnesota is not exactly a hotbed for goalies and there were many 2024 stud goalies on display at the showcase but Esco was in a league of his own during the event. Esco went pipe to pipe with ease, made outlet passes look easy, and constantly was in the right place at the right time. He often bailed out his team with some unbelievable saves that he made look easy. Yet the toughest thing during the day is to be productive all day and Esco every time he took the field was the best goalie on the field every time leading to a well-deserved All-Star nod.