Year 14 of the Nike Boys Philly Showcase brought no shortage of talent to Capelli Sports Complex on November 11th & 12th. Widely regarded as the nation's premier recruiting event, the Showcase hosted over 650 athletes from the 2024, 2025, and 2026 recruiting classes. Here are the players that stood out to Brett Manney in the class of 2025. 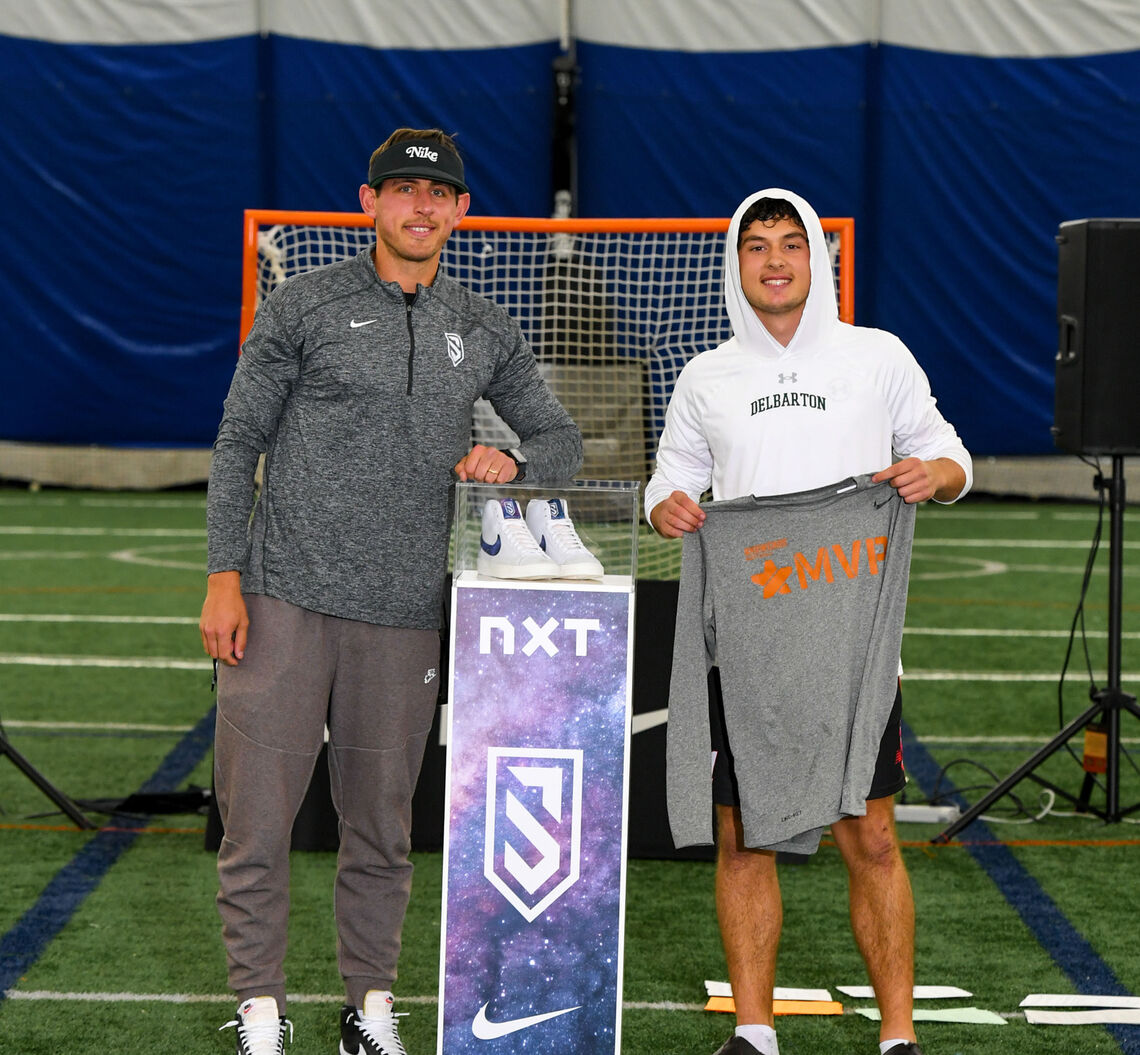 Year 14 of the Nike Boys Philly Showcase brought no shortage of talent to Capelli Sports Complex on November 11th & 12th. Widely regarded as the nation's premier recruiting event, the Showcase hosted over 400 athletes from the 2024, 2025, and 2026 recruiting classes over two days

The athletes broke out into teams based on grad year and competed in three games over the course of the day. In the afternoon, college coaches looked on as faceoff midfielders & goalies had the chance to compete in the King of the X & King of the Crease prior to the All-Star and MVP announcements.

Each year Brett Manney, VP of Recruiting at NXT highlights the players that stood out above the rest. Below are those who caught Brett's eye in the class of 2025.

Brett Manney, is a 15-year professional lacrosse player, captain of the Albany FireWolves, and two-time captain for the USA National Indoor team, serves as the VP of Recruiting at NXT. He won two bronze medals with the USA National Indoor Team. He played on Delaware's 2007 Final Four team, captained the 2008 team, made the North-South All-Star Game, and is the driving force behind Showcase Lacrosse's nationally-known events. Manney sees players from all over the country at NXT events.

After a slow start to the day, and rightfully so after the trip from Colorado, Rocco only got better as the day went on. The righty attackman can beat you with his feet set as he has a cannon for a side arm shot but also has some swag to his game. When he dodges, he loves to roll back to his strong hand but will keep his eyes open for cutters. If he does not have the ball, he is an effective dodger trying to find space off the ball for a cutting goal or a set shot. The Colorado native has a nasty release, and he was able to fill up the nets in Jersey at the showcase.

What I love about Kavey is how tough he plays when he has the ball in his stick. Despite being a bit smaller than your prototypical midfielders, Kavey plays bigger than his size and competes to get his shot off when he wants. If you give him the righty alley for a shot you might as well turn and go back to the midfield for a faceoff. I like how he competes when he plays and how he can really get some velocity on his shot. Kavey’s game will only get better, and he utilizes his left hand more, but he comes across as a gamer who you want on your team.

The MVP of the day for the 2025 division took home the hardware and custom Nike Blazers because he was blazing a trail through attackmen all day. Popham was guarding attackmen out to the parking lot and was consistently on hands, throwing good/ hard checks, and disrupted every player he was going against. The Jersey defender is more of a close defensemen in my opinion but also can run pole if you need him showcasing his versatility.  His checks are timely, most of the time with two hands landing great trail checks and hard slaps, dislodging the ball and creating fear in those players dodging him. The future is bright for another budding star from the defensive pipeline of Delbarton.

Cam was a final four candidate in the King of the Crease challenge and certainly belonged to be there. He is super comfortable in the cage and challenges shooters from every angle. I love that he is fearless in his approach to shooters. As a lefty he gives shooters a different look in addition to his wider stance than most goalies. The netminder from the Delaware powerhouse was lights out all day and proved he is one of the best in the 2025 class.