Year 14 of the Nike Boys Philly Showcase brought no shortage of talent to Capelli Sports Complex on November 11th & 12th. Widely regarded as the nation's premier recruiting event, the Showcase hosted over 650 athletes from the 2024, 2025, and 2026 recruiting classes. Here are the players that stood out to Brett Manney in the class of 2026. 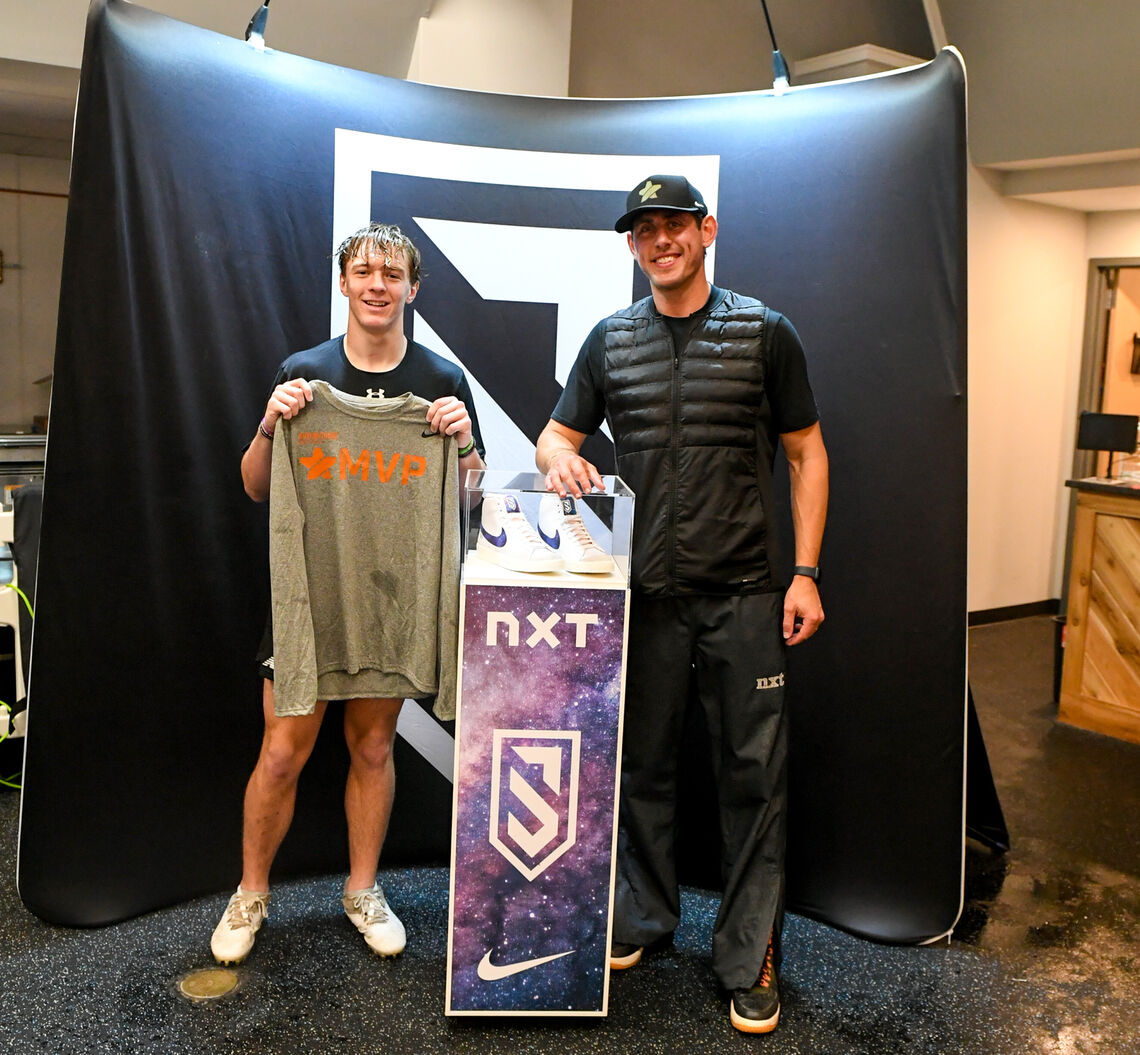 Year 14 of the Nike Boys Philly Showcase brought no shortage of talent to Capelli Sports Complex on November 11th & 12th. Widely regarded as the nation's premier recruiting event, the Showcase hosted over 400 athletes from the 2024, 2025, and 2026 recruiting classes over two days

The athletes broke out into teams based on grad year and competed in three games over the course of the day. In the afternoon, college coaches looked on as faceoff midfielders & goalies had the chance to compete in the King of the X & King of the Crease prior to the All-Star and MVP announcements.

Each year Brett Manney, VP of Recruiting at NXT highlights the players that stood out above the rest. Below are those who caught Brett's eye in the class of 2026.

Brett Manney, is a 15-year professional lacrosse player, captain of the Albany FireWolves, and two-time captain for the USA National Indoor team, serves as the VP of Recruiting at NXT. He won two bronze medals with the USA National Indoor Team. He played on Delaware's 2007 Final Four team, captained the 2008 team, made the North-South All-Star Game, and is the driving force behind Showcase Lacrosse's nationally-known events. Manney sees players from all over the country at NXT events.

It was not long before I realized that Charles was a cerebral attackman. The way he protected his stick, dodged with his head up and was consistent throughout the day. It was not that he scored 4 goals a game or was an elusive dodger but his poise for a young attackman which caught my attention. When he turned the corner, he was looking to make not only a play for himself but maybe for a teammate. His game features simple fundamentals, but his overall player from scoring and assisting with ease is what made him a smooth playmaker on the field.

This tough middie from the PA suburbs is a throwback player who can do it all on the field.  There is not a lot of flash in his game but a ton of talent combined with grit for Valerio. He gets ground balls, lines up on the face-off wings, plays offense, defense, and can transition the ball too. Valerio’s overall game was impressive because he was able to make an impact on the field no matter if he was playing defense or running by his defender for a goal. His upside is high for a young midfielder who is not afraid to take a hit and deliver some of his own on his way to the goal.

Bramoff was the MVP of the day for his performance and  no one impacted the day more than the standout LSM from Long Island. Whether it was on defense playing midfielders from sideline to sideline or dodging past opponents in transition, his impact was felt everywhere. I saw a play where he dominated on defense, then played offense initiating from behind the goal and going to his left hand only to score with an underhand righty bouncer. It is easy to fall in love with his game, but his motor is endless, and that is what separates good from great. Bramoff certainly has cemented himself as one of the best LSM in the 2026 class after the event, if not the best.

It was hard not to like Zenk’s game after watching him for a few minutes into his first game. Zenk is a slightly smaller goalie between the pipes but plays with a ton of energy and zip to his game. I saw one play in particular where he tried to thread the needle on a pass, but it was picked off, and he then made a great save to quickly outlet the ball rightly thereafter. No pressure, no bad thoughts, just on to the next play. I loved his outlets, some were aggressive, but he wasted no time getting the ball out of his stick and throwing dimes to midfielders on a rope. He made some great saves in close, is aggressive moving from side to side, and certainly looks like he is having fun out there leading a defense. I look forward to watching his game develop in the years to come.