The second annual 2018 Baltimore Showcase hosted over 100 athletes and 33 college coaches for an intense one-day tournament at Towson University. 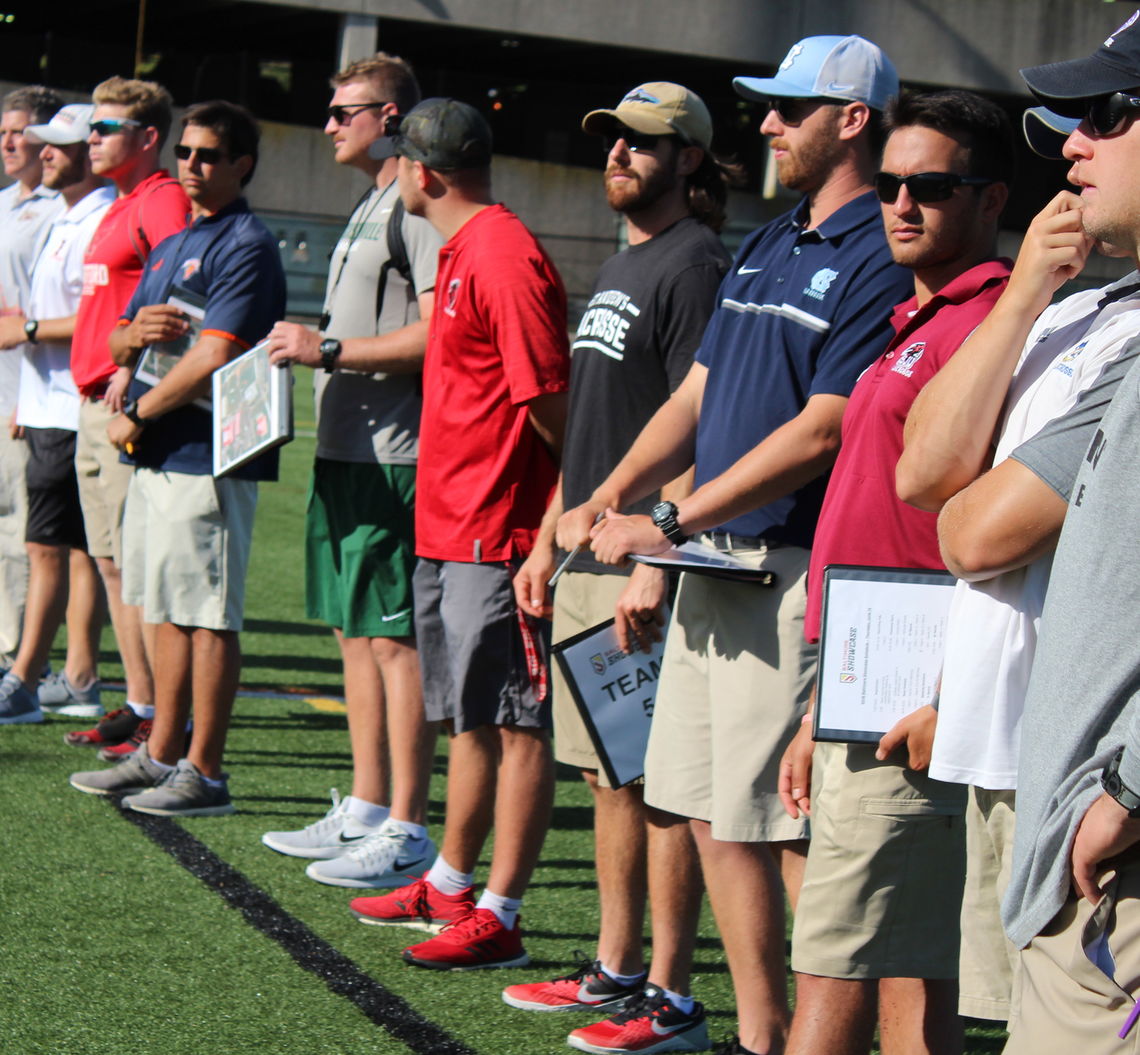 The second annual 2018 Baltimore Showcase hosted 106 athletes and 33 college coaches for an intense one-day tournament at Towson University. The showcase attracted 14 Division I, 7 Division II, and 12 Division III college coaches, amounting to a 3:1 player to coach ratio on only two turf fields. High school-aged players graduating in 2019, 2020, 2021 and 2022 classes traveled from 15 states, including some non-Mid-Atlantic states: Texas, California, Ohio, Florida, Massachusetts, South Carolina, and North Carolina to compete in the Maryland heat.

Additional highlights to this unique Showcase were a college recruiting seminar, team practices, and game sessions led by Division I college coaches. Prior to the start of the games, teams made up of individual players had a practice with their assigned NCAA coach. This gave the coaches time to meet every player and prep them for the team's first match.

Halfway through the event, all the parents and players were invited to a recruiting talk led by NXT Co-Founder and previous Head Coach at University of Hartford, Peter Lawrence. Alongside Lawrence, Bucknell's Associate Head Coach, Joe  Conner Jr. and University of Hartford's Assistant Coach, Tim Cimini, opened the floor at the end of the recruiting talk to answer all player and parent questions.

Unlike any other Showcase event, the Baltimore Showcase is our most boutique atmosphere, giving players high exposure to Division I coaches by working with them on a small rostered team. In addition, the teams only played on two fields, bringing them spotlight attention from the coaches watching.

Below is the entire list of college coaches in attendance for the 2018 Baltimore Showcase.