Top high school players nationwide have been selected to compete this Saturday, November 17th. Featured are 2022 players to keep an eye on throughout this one-day event

With a 5:1 player to coach ratio, the athletes will be able to maximize their exposure to college coaches. Each team will be lead by an NCAA college coach throughout the entire day. The Showcase will feature athletes from, 2020, 2021 and 2022 graduation years.

After a competitive selection process, top high school players nationwide have been selected to compete this Saturday, November 17th, pairing with one of the largest high school recruiting events on Sunday, November 18th, the Boys Philly Invitational. Featured below are four of the top 2022 lacrosse players that Brett Manney has highlighted as player previews for this year's showcase.

Ian Kim hails from local powerhouse, Conestoga High School, and plays for a nationally-known club, Crabs Lacrosse. Not only is Ian a FO specalitist, he's the total athlete and shows his speed all over the field, creating plays for his attackmen and making stops on the defensive end. Kim possesses a great center of gravity, stays low to the ground, and competes hard. A high-academic athlete, Kim is a well-rounded kid and strives for perfection, on and off the field.

NICKNAME: Kimmy
MOST UNUSUAL TALENT: Cooking
BIGGEST PET PEEVE: Other faceoff guys using my softball
FAVORITE QUOTE: “Just do it”
PREGAME RITUAL: Pull up my shorts to go above my knees
SUPERPOWER: Time travel
ANIMAL: A chicken because then I would know why the chicken crossed the road
HASHTAG: #whynot
SPORTS IDOL: Grayson Allen 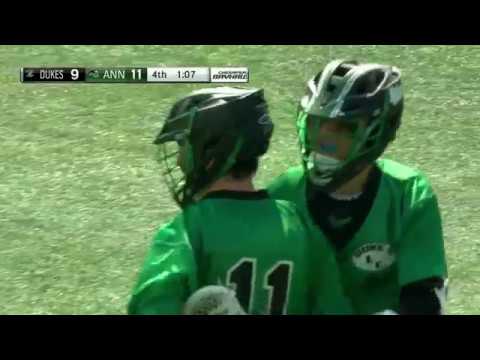 Colby Bushweller is a strong middie who has a knack for finding the back of the net. As a two-sport athlete in lacrosse and football, Bushweller is a force on the field and has power behind all of his moves. He can bring some heat from the outside but is also a creative inside finisher. Bushweller will suit up for the Delaware power Salesianum High School who just won their fourth straight state title this past June.

NICKNAME: Bush (short for my last name Bushweller)
MOST UNUSUAL TALENT: I can do a headstand for over 5 minutes
BIGGEST PET PEEVE: When a person chews with their mouth open
FAVORITE QUOTE: "Don't count the days. Make the days count." - Mohhamed Ali
PREGAME RITUAL: I listen to my brother's rap playlist
SUPERPOWER: Invisibility
ANIMAL: I would like to be a lion. They are the Kings of the jungle.
SPORTS IDOL: Michael Jordan... The greatest basketball player of all time 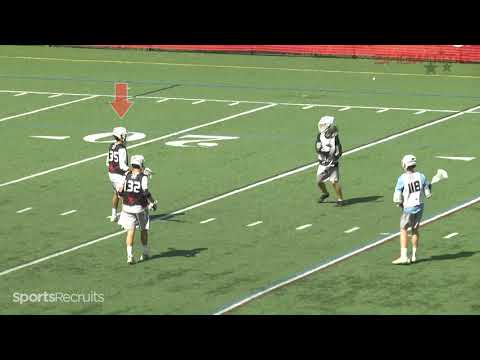 Isaac Korus made his mark this summer in the 2018 Boys Philly Summer Showcase as Manney’s Men Honorable Mention Selection. His performance locked in his spot for this fall's sold out Showcase. The Taft School and LI Express product uses his body well and gets to great spots on the field to get high-quality shots using his frame and powerful shot. Korus has a strong off-hand and is quick to capitalize on his defender's mistakes.

NICKNAME: Korus
MOST UNUSUAL TALENT: Cooking/Baking
BIGGEST PET PEEVE: Littering
FAVORITE QUOTE: "If you want to play at an excellent level, if you want to do something excellent, you have to be excellent all the time... It's a way of life... When excellence becomes a habit, that's just who you are.”  - Kobe Bryant
PREGAME RITUAL: Meditation
SUPERPOWER: Telekinesis
ANIMAL: Cheetah. Fastest land animal.
HASHTAG: #mindful
SPORTS IDOL: Muhammad Ali

Another local product, Henry Troy attends Springside Chestnut Hill Academy and plays club ball for Duke’s Elite. He is a mean and tenacious defender who loves to get into attackman's hands. Troy is rarely out hustled for ground balls and has the speed and field sense to push transition. Remember the name as we expect Troy to make an early impact playing for Coach Brian Dougherty in the uber-competitive Inter-Ac league.

NICKNAME: Hank
MOST UNUSUAL TALENT: Not to be a boring person but I just don’t have one. I’m just a regular person.
BIGGEST PET PEEVE: When I say an answer to myself in class and someone raises their hand, says my answer, and gets it right.
FAVORITE QUOTE: “I hated every minute of training, but I said, 'Don't quit. Suffer now and live the rest of your life as a champion.'” -Muhammad Ali
PREGAME RITUAL: Before every game, I like to throw tiny checks on shorties to get my hands warmed up even though they really don’t like it.
SUPERPOWER: It'd probably be to fly because I could go to Wawa whenever I wanted and I could go somewhere warm like every weekend. I’m not a big fan of the cold.
ANIMAL: A tiger because your the top dog and get to hunt most of the time.
HASHTAG:  #tanktime, for every time I get a takeaway on defense with my tank lacrosse head. My goalie came up with it.
SPORTS IDOL: Either Brett Schmidt, because he inspired me to play defense when I was really little and wear #44,or Brian Urlacher, because he did what he had to do very well, healthy or not and was fairly quiet about it.

Jeremy Hopsicker is another talented 2022 scorer. He is a lethal lefty shooter from the wing and crafty inside. Hopsicker has good size and the ability to shoot over his defenders. If he doesn't have the perfect angle for a shot, he will find a away. There's nothing from stopping him hit the net. Hopsicker will play for the Westminster School in Connecticut this spring.

NICKNAME: Hop
MOST UNUSUAL TALENT: Can wiggle my ears
BIGGEST PET PEEVE: People who are late
FAVORITE QUOTE: “Great moments are born from great opportunities.” - Herb Brooks
PREGAME RITUAL: Shooting an hour before a game
SUPERPOWER: Ability to fly
ANIMAL: Hawk because I could fly around and look down on everything below.
HASHTAG: #workhard
SPORTS IDOL: Patrick Kane