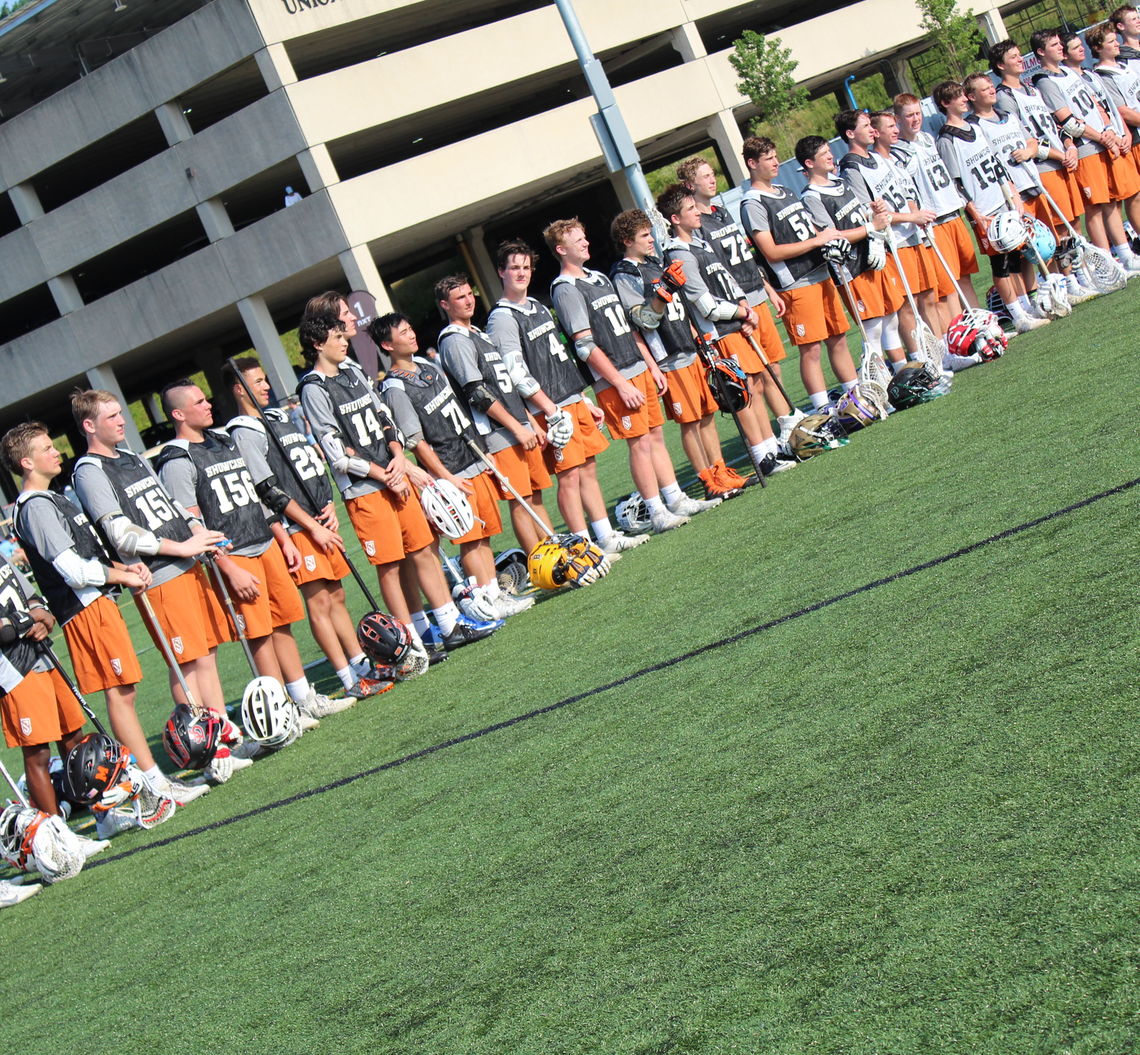 Brett Manney is an assistant captain and standout defenseman for the New England Black Wolves. He also won a bronze medal with USA's National Indoor Team, where he was also an assistant captain. He played on Delaware's 2007 Final Four team, captained the 2008 team, made the North-South All-Star Game and is the driving force behind Showcase Lacrosse's nationally-known events. Manney sees players from all over the country at NXT's events, including those in Georgia, Maryland, Michigan and Pennsylvania. He also coaches the NXT 2019 team, which allows him to see many of the country's elite players across the country. Here are the players who stood out the most to him at the Baltimore Showcase.

If Burke was not filling up the stat sheet in points, then he certainly was trying to add to it considering the number of pipes he hit throughout the day. Burke has a quick release and if you leave him open, it ends up in the back of the net. I would love to see him vary up his shots more but when he sets his feet, you might as well expect to line up for a face off. Webb was one of the most consistent players all day and should receive his fair share of attention in September.

Every time Kindel touched the ball during the showcase he was a marked man, and for good reason. Kindel is already 6’1 and runs fluid in his dodges to create separation easily from his defenders. His shot on the run was accurate and most of the day was trying to shoot low and away rather than high shots. As a result, goalies often had to turn and rake after he let the ball fly. If Kindel can add some weight to his frame and shore up his midfield defense, he will really develop into a dominant midfielder in the 2020 class.

Tough, gritty, and relentless. What more can be said about the MVP? Huffstetler is a rangy lefty who patrols all over the field to wreak havoc. Despite his slender stature, he throws hard checks and pursues every loose ball within his reach. Coaches drool over good lefty defenseman and Huffstetler consistently won his matchup. There was a plethora of good defenseman and it is a testament to Huffstetler that he not only was the best defenseman there, but the top overall player.

Hailing from South Carolina, Roberts just went out and did his job all day. He is a grinder who competes for every face off. It was a joy to watch a player from an outside hotbed who plays such a tough position. He’s a stand out from his Mid-Atlantic peers. I would like to see Roberts diversify his game in transition to become a more complete player. Roberts is a late bloomer who, with some more hard work, will result into a solid collegiate career.

Once again Fox stands on his head during his performance at a NXT Showcase. Fox has great size and his ability to drop low and explode high when needed makes him a valuable commodity. He has uncanny ability to always get a piece of the ball whether it be with his stick, feet or even in some cases helmet. Any program that still needs a 2018 goalie needs to watch Fox this summer along the recruiting trail.

The Cavaliers had multiple players in the 2018 through 2021 classes and boasted four All-Stars, tying with Landon. With a great group of young players there now, and one of the best incoming freshmen classes they have had in years, the MIAA might have a new face in a few years making noise.

NEW RECRUITING RULES
It seems that the 18s and 19s are the top priority after the new recruiting legistration became in effect. College coaches are taking notes on 20s and 21s but only a few of them, a far cry from a year ago.

DEFENSE
Most the talent at the showcase was performed at the defensive end, a rarity where most of the plays are made from the midfielders and attackmen. At the All-Star game the final score was a mere 5-3 game when those usually are close to double digits. It was actually a delightful sight to see such great defense played but also was impressed by the short stick defense as well. 2020 midfielder, Cody Ince, played with a chip on his shoulder all day on defense. Kudos to the all defenders in attendance.