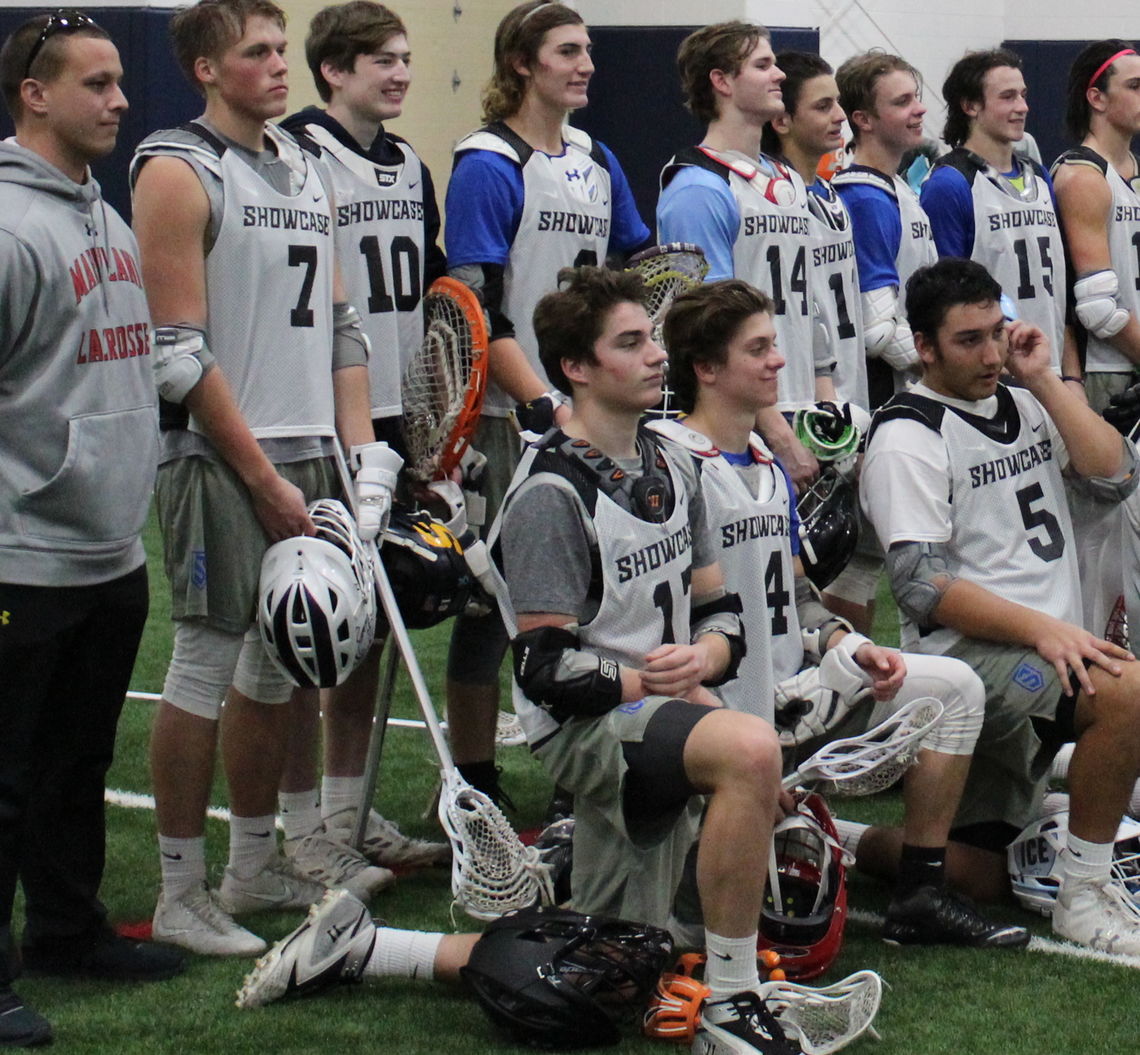 As an attackman, Boyle checked off everything on the list to be successful: score goals, check, draw a slide, feed teammates, check, moves off-ball, check, get ground ball, check. To add to his scrappy play, Boyle is a lefty. He dodges with his head up, is comfortable from behind the cage and from the wing to up top. He’s a threat almost every time the ball is in his stick.

Boyle has mastered the lost art of off-ball movement. He routinely made a pass and then cut to open space to catch his defender sleeping. Boyle is very tough and not afraid to take a hit when competing against big defenders to get tough goals. Boyle shined amongst his peers and his game was admired by all.

“Better late than never” is a term that Baker may adopt after earning the MVP award at the Showcase. Baker was a walk-up registrant who dominated the midfield all day. Baker was a marked-man in the Select Game, which did not stop him from finishing with a hat-trick.

Using his taller frame, he was able to lean into defenders and make simple passes to his teammates or stick a shot high to low. His most impressive play of the day was when he moved off-ball and at goal line used three different fakes before burying the ball in the net. If Baker puts on some weight to his frame, he will be a sought-out junior recruit for a lot of college programs.

If there is one takeaway from Stewart’s game, it’s that he plays hard. Stewart looked comfortable every time he was on the field and often controlled attackman when they had the ball because of his aggressiveness. He slashes hard and every shift he makes, he makes with 110% effort. Not only was his play noticed, but his attitude was contagious. Once an attackman challenged him, they often shied away from their 1v1 attempt because of his relentless wrath.

Coyle was all over the place on Saturday making point-blank saves and starting fast breaks with his pinpoint passes. To be a successful goalie, you need to stop the ball first, and that’s exactly what Coyle did. Once he works on commanding his defense by using his voice more, his game will only evolve.

From making huge, on top of the crease, high-to-high saves, to making a sprawling save from pipe to pipe, he showcased his ability to make any save against any opponent.

There was a great representation of players from Missouri at the Can-Am Showcase. Not only did those players represent Missouri well (8 made the Select Game), but they caused headaches for opposing players. Whether it was a tough defenseman, two-way middies, goal-scoring attackman, or poised goalies, they brought the heat this Saturday. Tip of the hat to those players and the growth of the game.

Although it was a balmy 34 degrees at the Showcase, we wanted to give a huge thanks to the wonderful facilities at Detroit Country Day School. The indoor field house gave players a chance to play one of their games indoors. With the same token, it was impressive to watch the players compete in frigid temperatures and see their mental toughness (even though a notable amount of players hailed from 10 Midwestern states and Canada - they are used to the cold!). Congrats to all the players and we applaud your effort in our sixth Can-Am Showcase.