The NXT LC Boys competed in their first event of the 2019 summer season at Aloha Lax. The 2025 team came out victorious with a championship win. Check out the weekend highlights in the recap below! 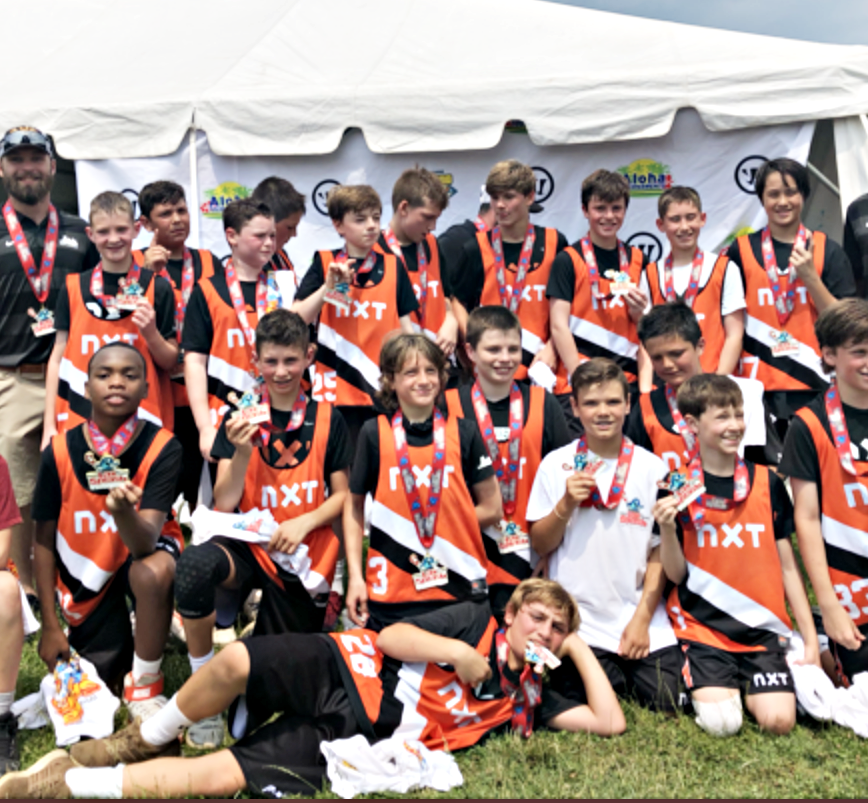 The NXT Boys Lacrosse Club kicked off an eventful first weekend of the summer season at the Aloha Brine Lax Splash. The NXT 2023 Silver, 2024 Silver, 2025 and 2026 teams traveled to Maryland to compete in the two-day event across two locations.

NXT teams faced off against strong competition including Looneys, Bethesda LC, True MD teams hailing from four different states. An epic run to a tournament championship by the NXT 2025 boys capped off the weekend in the Baltimore-area.

“It was truly a team effort for these guys. As coaches, we are so proud that they were able to string together these wins to seal the deal to win their first championship of the year”, said coach Conor Esworthy. “We had some ups and downs throughout our spring season with players balancing their rec team commitments. The boys were relentless and played through every whistle.”

Next weekend the summer event tour travels south again to one of the nation’s premier events, the Adrenaline Platinum Cup at the DE Sports Complex in Frederica, Delaware.  There will be a number of NXT 2021, 2022 & 2023 players playing in Adrenaline’s Black Card individual event on Friday leading into the weekend team event. “It’s going to be great for the NXT high school guys to start their summer with some big-time games and competition from all over the county. There will be well over 100 college coaches watching the high school teams and we plan on bringing our best effort and competing against the best all summer. It's an exciting time and we're going to have some fun,” remarked High School Director, Peter Lawrence.