NXT Girls Lacrosse 2021-2028 teams faced some of their strongest competition and tests to date. While some of the teams faced the hardest battles in their careers over the weekend, the challenges faced will continue to help mold NXT players. 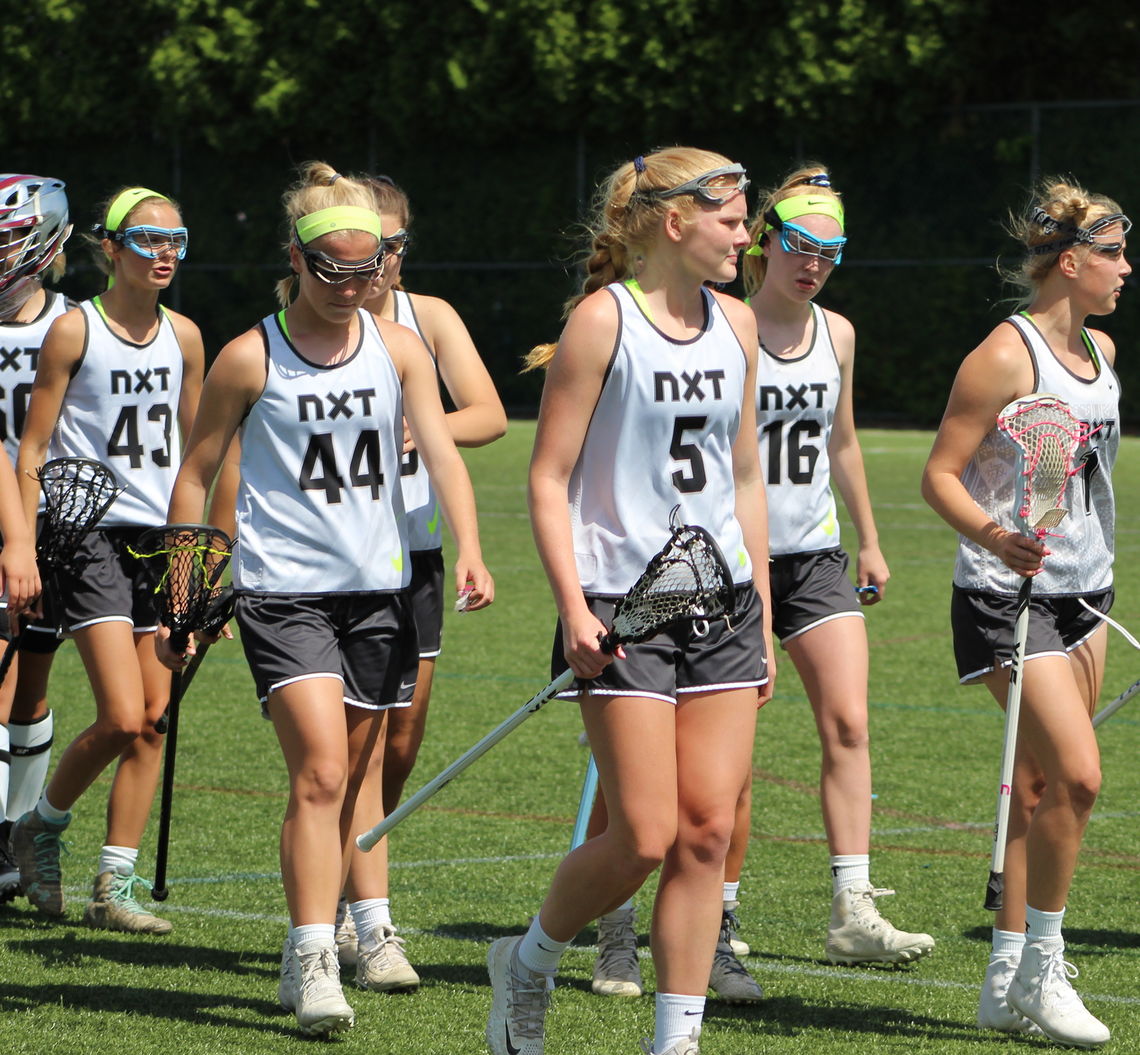 NXT Girls Lacrosse Club LOVED, LAXED, and were AMPED, as the 2021-2028 teams faced some of their strongest competition and tests to date.  While some teams faced the hardest battles in their careers over the weekend, the challenges faced will continue to help mold our players and this program into one of most well-respected clubs nationally!

NXT 2021, 2022 & 2023 Black squads all faced a challenging slate at the annual Live Love Lax Tournament in Bel Air, Maryland.  Each team’s schedules were littered with many of the top 10 Nationally Ranked Club Teams in their respective grad years and NXT was thrilled to test their skills amongst the best of the best.  NXT teams weren’t deterred, as they battled hard all day long and learned invaluable lessons, especially in a hard-fought defeat.

NXT 2023 Volt, 2024, 2025, 2026, 2027 & 2028 teams squared off in the annual Lax Amplified Tournament in Hershey, PA.  Each team faced an impressive schedule of talented teams and every squad had numerous big and small victories they could celebrate along the way.

NXT 2021 was ready to play with the “big dogs” and show the countless college coaches the story of who this team really is. They are strong, fast, aggressive and relentless hustlers, who proved to themselves and their opponents they are capable of hanging with some of the top teams in the country. Coaches from UNC, Florida, Northwestern, BC, Brown, Yale, Louisville, Loyola, Syracuse among others, gathered on the sidelines to scout NXT's strengths and weakness and to embark on the recruiting journey with their players!

NXT 2022 came off a high from a hugely successful previous weekend at the All-American to face a daunting slate playing in an extremely challenging division. Despite the struggles, the coaches and team worked hard to make the necessary adjustments by hedging, communicating and giving their teammates the courage to pressure out on the ball. It was a weekend of lessons in mental toughness and emotional control.

NXT 2023 Black had the opportunity to face their toughest opponents to date; which helped the squad identify exactly what must be worked on to continue improving in the quest to be a consistently elite team. The team went 1-2-1 against M&D Black, LI Top Guns, Skywalkers, and Monster Elite, despite a depleted roster due to injury and other conflicts. '23 Black held late leads in 2 of the losses that otherwise may have resulted in wins given the opportunity to play these teams full strength, we may see a different result in the future.

NXT 2023 Volt Despite the record, the '23 Volt squad showed tremendous ability in the transition, and on their second day of competition, there was some high-powered offensive output.  The team attack was able to use their strong cuts up to the ball, as well as their dynamic cuts through the 8M.

NXT 2024 is making tremendous strides as a team this summer, showing relentless effort and the ability to execute under pressure.  A huge shout out to the team for their come from behind victory to beat the always dominate South Jersey Select Lacrosse Club! It was a victory achieved through hard drives to the cage, assisted goals, defensive stops and a counter-attacking defensive effort!  Shout out to Lindsay Evak for making the game-tying 8m after time ran out against STEPS, and to DEFENDER, Jess Bellis who scored a goal!

NXT 2025 had a very strong weekend of play, and seemed to get their swagger back! Despite going 2-2 with two 1 goal losses to very strong LBC and BBL teams, they finished third in their pool only losing out to playoffs by a slim margin. Their play was highlighted by their strong ride, their ability to push and execute on the fast break, and their much-improved settled attack.

NXT 2026 looked to build upon some of the concepts taught at practice last week and they did a great job of trying new things, breaking some bad habits and keeping an open mind.  From the first whistle, this team came ready to play, transitioning efficiently into attack from defense; off-ball movement on attack was on point, and the Defense CRUSHED it!  From caused turnovers to jamming cutters and seeing ball and girl, the squad was clicking on all cylinders and taking down opponents and earning the “dubs!”

NXT 2027 This was a huge learning weekend, playing their first ever full field 12v12 games and even some modified checking games!  NXT were quick learners as this team made a playoff appearance, showing all their hard work was paying off!  There was a concentrated effort to apply our 1v1 defensive training from the previous practices and the improvement was seen on the field as the defensive crashes started to come together! The team worked extremely hard and we are so proud of them for playing 4 long games with little to no subs! Everyone was adaptable and played in the positions that we needed them to and learned along the way!  THANK YOU to Riley for stepping in cage and helping her teammates out!

NXT 2028 There were a lot of “firsts” for the '28 squad this weekend as they experienced their first 12v12 full field games and modified checking!  This group was not discouraged, and came back swinging on Sunday with new-found confidence and swagger as they once again took on the older, taller 2027 teams!

In total, 13 NXT LC athletes were selected. Coach Nile Thompson, Head Coach of the NXT LC 2026, was selected as a 2023 coach for Nation’s Best.

Year 13 of the Nike Boys Philly Showcase brought no shortage of talent to United Sports last Saturday. Widely regarded as the nation's premier recruiting event, the Showcase hosted over 650 athletes from the 2022, 2023, 2024, and 2025 recruiting classes. Here are the players that stood out to Brett Manney in the class of 2022 & 2023.