The 2022’s finished their summer season with a bang after taking the 2022 A division championship at the prestigious NLF National Club Championships. 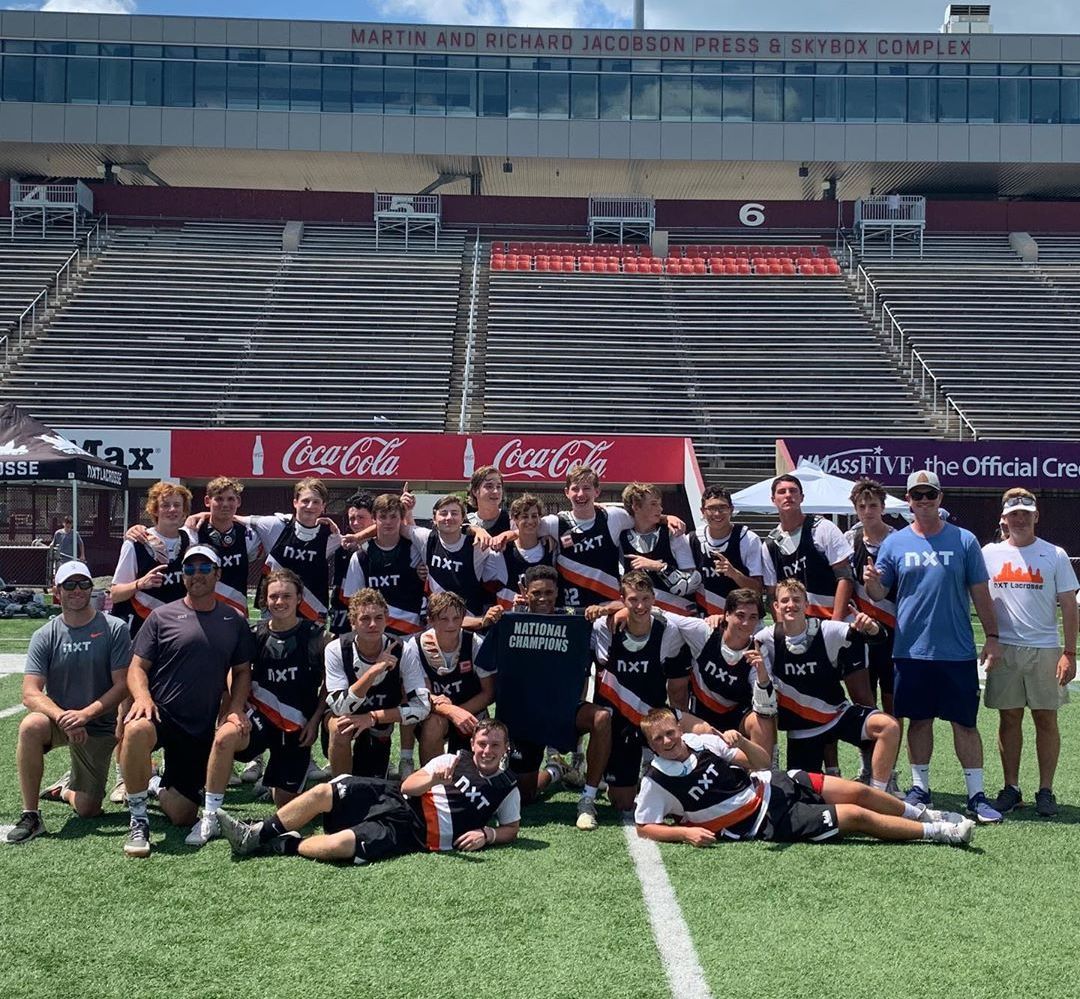 The NXT 2022s finished their summer season with a bang after taking the 2022 A division championship at the prestigious NLF National Club Championships. Featuring some of the top club teams in the country, the NLF Club National Championships took place this past weekend in Amherst, Massachusetts. The 2022 team avenged two pool play losses in the playoff rounds which helped aid a miraculous run to a championship.

The action kicked off Friday as the 2022s opened pool play against Headstrong Lehigh falling by a score of 7-3. In the second game, NXT lost a nail biter to Thunder LB3 Orange 5-6 to fall to 0-2. Friday’s two losses would turn out to be the final two of the tournament for the 2022 squad.

In the third and final pool play game on Saturday, NXT took on the Cape Cod Kings with a spot in the playoffs on the line. NXT pulled out a 6-3 victory and secured the seven seed in the 2022 A playoffs.

In another thrilling one-goal game against Thunder LB3 Orange, NXT found themselves on top 5-4 after the final whistle this time around. The Florida Crabs were the 2022s semifinal matchup on Sunday. The defense held the Crabs to only one goal and NXT advanced to the finals by a score of 3-1.

The 2022s rattled off four-straight wins and overcame an 0-2 start in route to a championship. Coach Peter Lawrence credited the championship to a complete team effort "the key to the team's success was every player found a way to contribute but most importantly they came together, shared the ball, played great team offense and team defense.  They gave a champion's effort!"

Congratulations to all the 2022 players and coaches on a great season and championship win.