NXT families and alumni kick off the start of the new season as well as the multi-year partnership with Nike for the launch of the new Nike Huarache 7 cleat line. 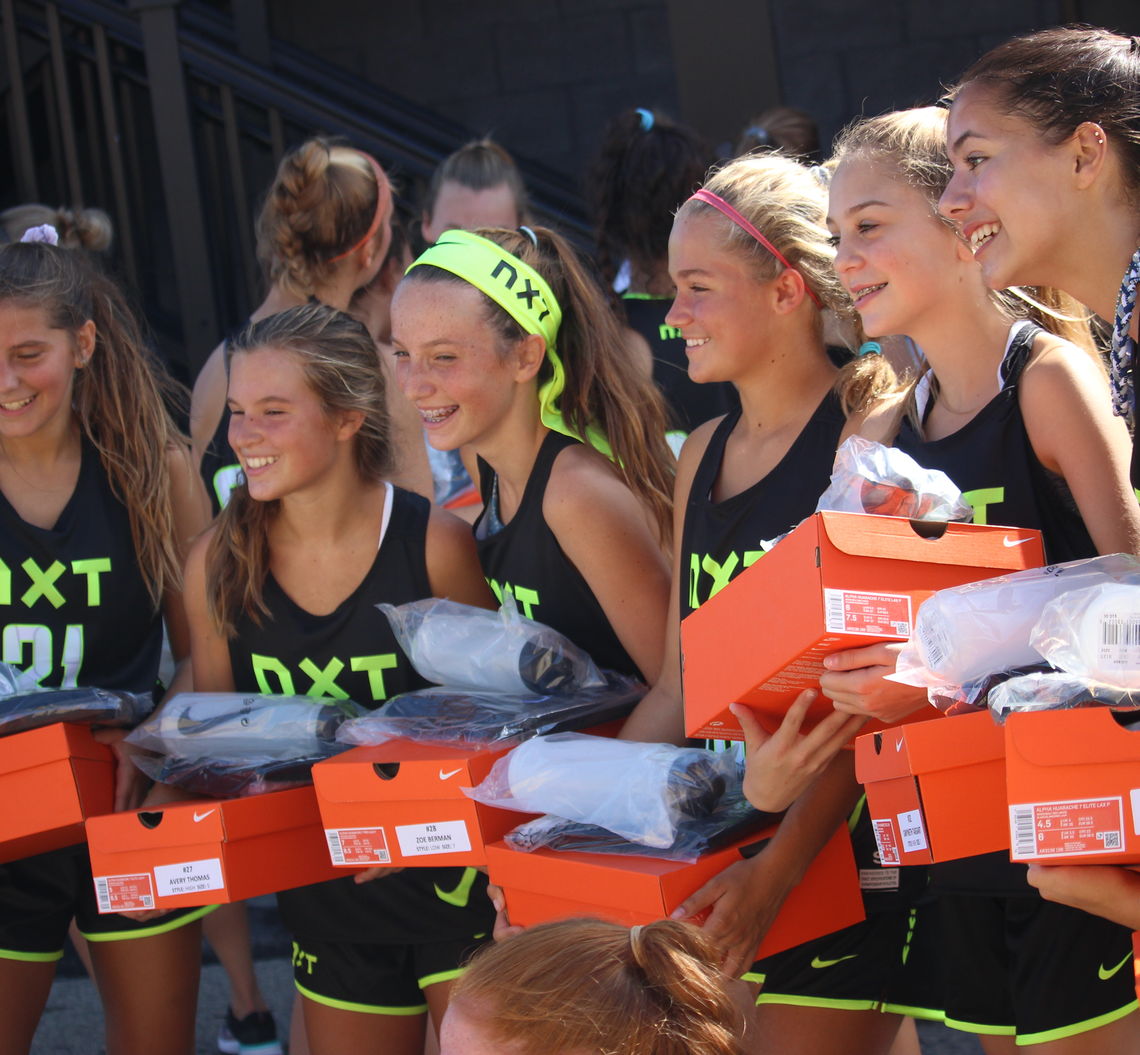 NXT hosted its first Nike Training Day on Sunday, September 15th at The Proving Grounds in Conshohocken, PA. The event drew in all NXT families and alumni to kick off the start of the new season as well as the multi-year partnership with Nike for the launch of the new Nike Huarache 7 cleat line, exclusive to the NXT boys and girls lacrosse high school lacrosse clubs.

Throughout the day, high school teams were escorted to a private room for a special unboxing experience that provided NXT athletes with an exclusive look at the new cleats yet to be publicly released. Each athlete received a pair of cleats and was among the first in the country to receive them.

In addition to the cleat release, Nike Training Day allowed club team members and families to meet teammates and coaches to set the tempo, goals, and vision for the upcoming season.

Teams could be seen on the field completing agility drills, demos, and small-sided games while parents went through an orientation from the NXT coaching staff. Throughout the day 4X All-American at Notre Dame and current PLL player for the Redwoods, Matt Kavanagh, and 2018 Tewaarton Winner and All-Time leader in goals at Boston college, Sam Apuzzo, were in attendance to assist with drills, sign autographs and take pictures. Both Kavanagh and Apuzzo are globally-recognized lacrosse stars and signed Nike Athletes.

“Nike Training Day was a game-changer for our organization and the players, families, and coaches at NXT. Moving forward, this tradition will be used to kick off our season for our club teams. The NXT family is grateful for the ongoing support of the entire Nike team in helping us create such a special event,” stated NXT President, Peter Lawrence.

NXT entered its multi-year partnership in June 2019 and will be scripting the look of NXT Lacrosse Clubs from neck to toe. NXT is among the first program in the country that will be fully outfitted in Nike apparel and equipment, including STX.

Check out the reactions from the NXT LC high school clubs in the video below and be sure to follow along with the NXT LC teams this season.