NXT box teams closed their winter with a winning record at the Philadelphia Indoor Lacrosse Championship (PILC) making the success of the program both rewarding and encouraging for local players. 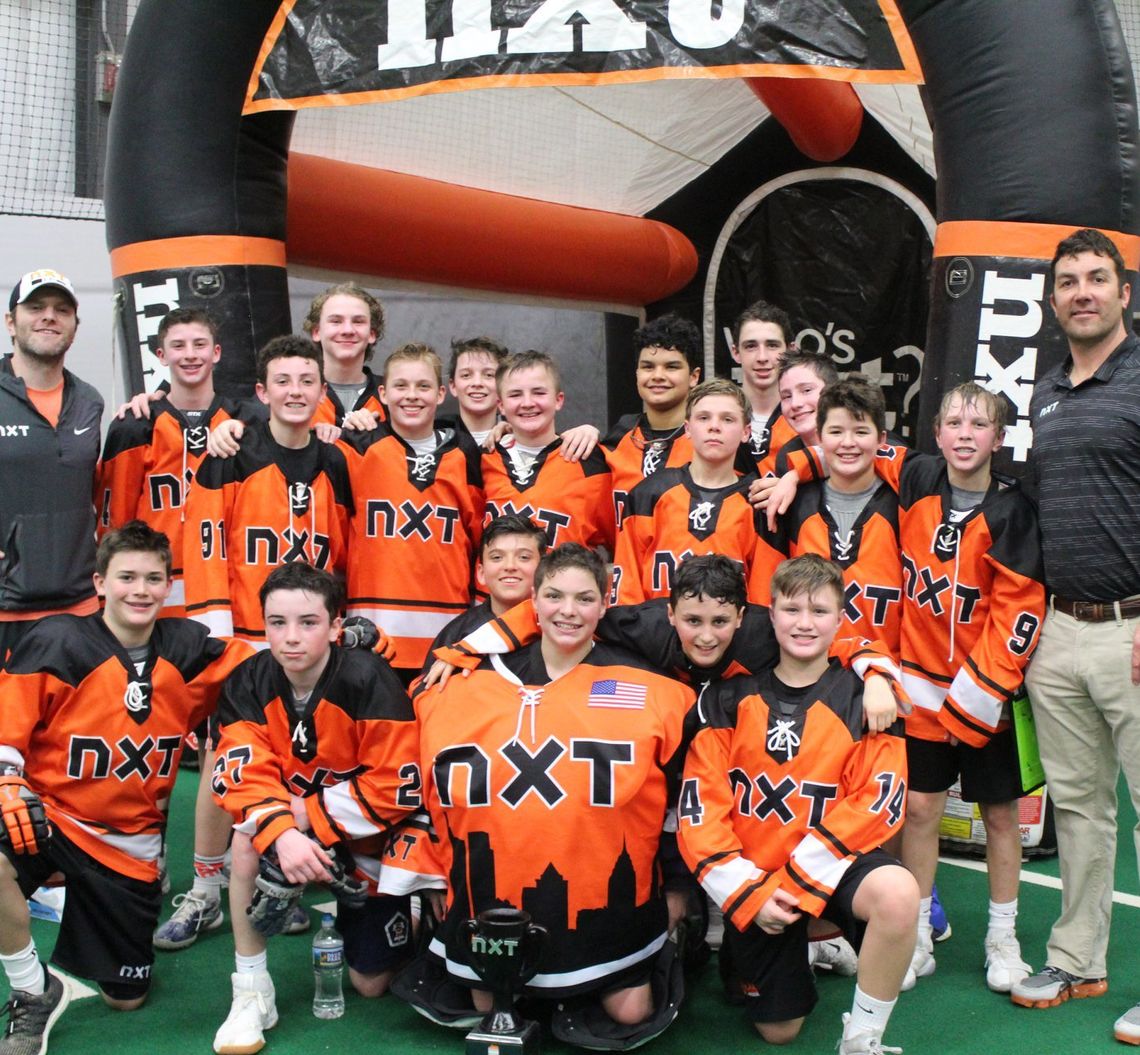 NXT box teams closed their winter with a winning record at the Philadelphia Indoor Lacrosse Championship (PILC) making the success of the program both rewarding and encouraging for local players.

For the second year, NXT fielded box lacrosse teams at the youth, middle school, and high school levels. Led by Tony Resch, Brett Manney, Peter Lawrence, and Bill Leahy, NXT’s staff emphasized training. “We train 3 to 4 times more than we play in tournaments. Training the right way, learning the nuances of the game, and then being able to apply everything in competitive tournaments is what we believe is the formula for success” said NXT President and coach, Peter Lawrence.

Open to players from any club or township, the NXT Box program was launched in 2017 to afford aspiring players who wanted to invest time into learning the box game. History shows that the success of both Canadian and Native American players is traced to playing box lacrosse in a smaller and more fast-paced environment. “It’s fast, it’s physical, and it’s fun,” said coach Tony Resch. “Coaches engaged players from more than 20 different clubs, challenged them to play fast, master the 2-man game, and we're excited to help Philly lacrosse grow.”

NXT teams collaborated with South Shore in December to kick off the winter season in a family friendly playday event at the Philadelphia Wings Training Center. Coach Bill Leahy led an off-field chat with parents about box lacrosse and what to expect, while NLL New England Black Wolves Captain, Brett Manney, helped both teams throughout the weekly winter practices to better understand box concepts before a controlled scrimmage for each age group.

“From November through February it was very rewarding to see the improvement in all of our teams. It was such a joy to see the growth of the box game in the Philadelphia area which was non-existent at the youth level a few years ago,” said Manney.

NXT teams attended BBL’s Garden State Box Battle, Fusion NorthEast Regional and Best in Box events. The culminating event of the winter was the biggest box tournament on the east coast, the Philadelphia Indoor Lacrosse Championships hosted by NXT. Each of the NXT teams reached at least the semifinals of their division, with the seventh and eighth graders defeating Team Superstar in an overtime shootout to claim the 8th Grade A Division title.

Click here for pictures of this season. To learn more about the NXT box program, visit nxtsports.com or email Marty Kupprion at coachkupp@nxtsports.com.