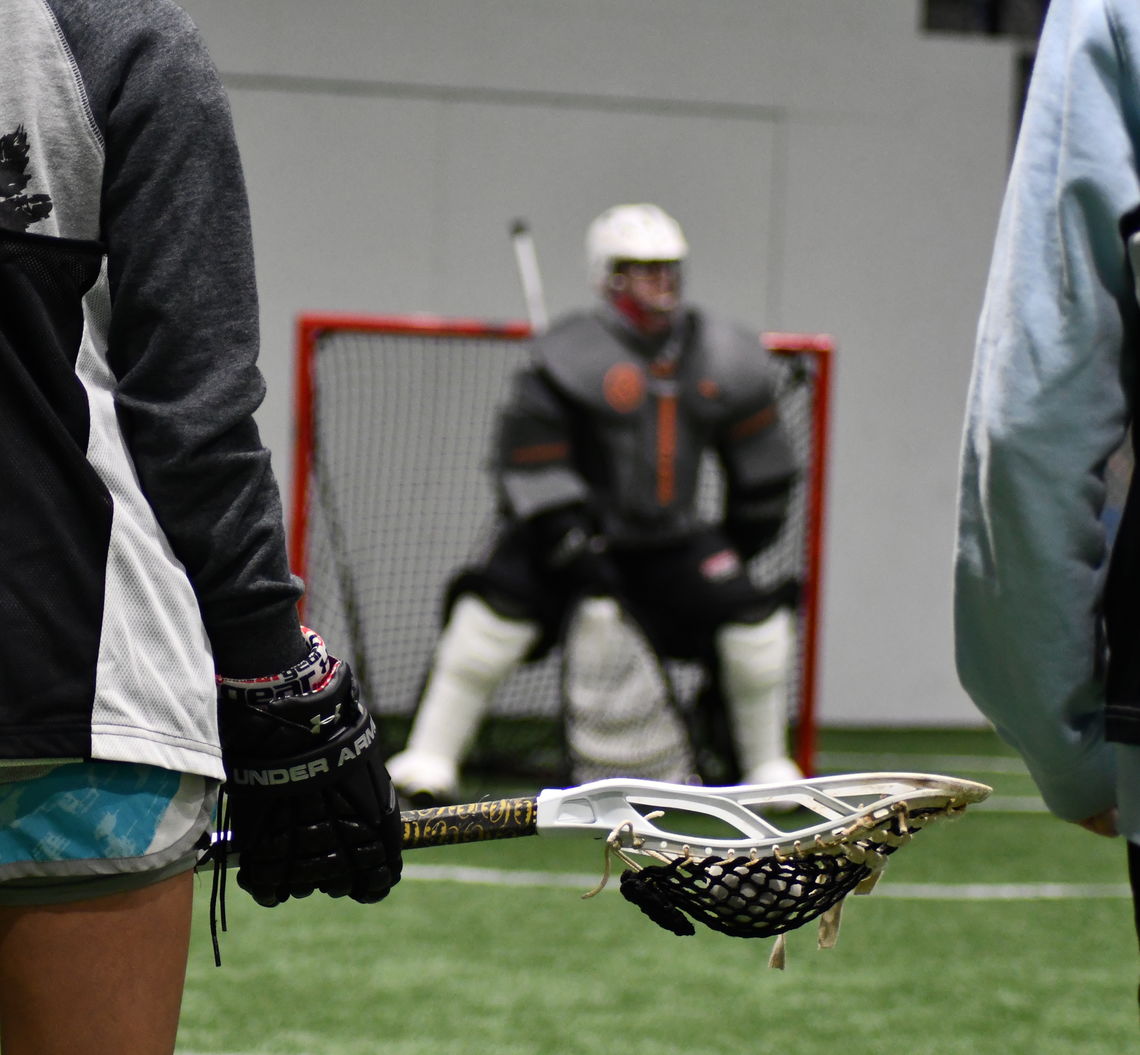 The program focused on educating and serving those curious players who wanted to improve their skills by playing indoors while gaining the opportunity to learn from some of the best box lacrosse coaches in the world!

The coaching staff was led by Tony Resch, who helped start the boys box program at NXT and was a 4x NLL Champion, NLL Hall of Fame, and NLL Coach of the Year. “As a person lucky enough to have been around box lacrosse for a number of years, it is always fun to introduce the game to a new group of athletes.  It was a thrill for me to be a part of the energy, enthusiasm, and effort of the NXT players and coaches at our practice,” commented Resch.

Alongside Coach Resch from the boys box programs were Peter Lawrence and Bill Leahy. During the second week, guest goalie coach, Ginny Capicchioni, offered goalie specific training to those interested in learning more about the position. Capicchioni was the first woman in North America to sign with a men’s professional team and the first woman to play for a men’s national team in any sport.

“It’s exciting to think that the opportunity has finally come for our American girls to catch up to what the Canadian women/girls have been doing for years!” stated NXT Director of Girls Lacrosse, Candace Bossell. “Like all coaches, I'm a huge advocate for developing your lacrosse skills during the offseason. With the growth of box in the US, it seems like a natural fit for our girls to join the movement and get ahead of the curve by providing our players the opportunity to learn from the best coaches in the game.

“If this opportunity were available to me in my adolescent career, I can only imagine how this could have enhanced and further improved my development as a field player. To say I am excited to team up with these first-class educators of Box Lacrosse would be an understatement!” continued Bossell.

Players learned to execute the 2 man game, more efficient stick skills, to excel in tight spaces & became more creative without the ball. Training as a winter box player challenged all aspects of the athletes’ fundamentals and allowed the girls to become more complete players.

“Their energy, talent, and excitement were contagious. I am a big believer in how indoor lacrosse principles and skills carry over to the field game. I think the girls experienced a brief glimpse of that crossover as well. The speed, small space, magnified touches, and shot clock all made for outstanding lacrosse. I look forward to working with such talented young women again soon,” shared Bill Leahy, Winningest HS Coach in PA.

NXT is looking to expand its box training program next year as the future of indoor box lacrosse grows. For more information about the program visit nxtsports.com. To view pictures from this year’s program, visit our Facebook at @IAmNXTSports.