NXTlacrosse features so many different players who have such varying backgrounds and life stories. This is the fourth story in a series of first-person renditions of those backgrounds and what each player thought and went through. NXT 2015 and Kennett attackman Brady O'Neill, now a freshman at Washington College, tore his ACL as a junior. He chronicles his recovery and what it took for him to get back on the field. 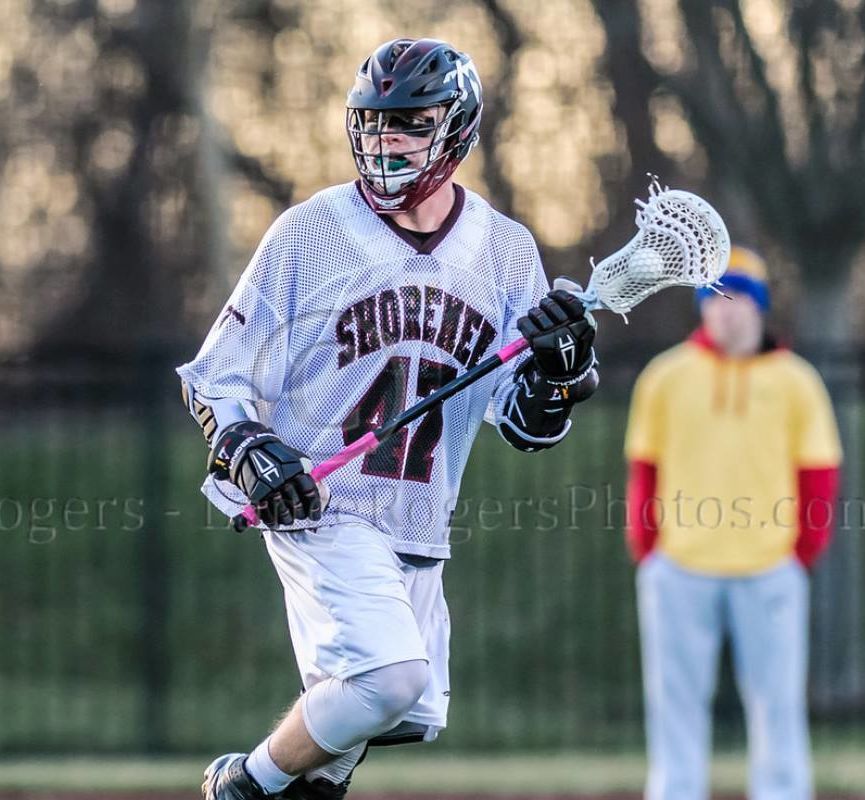 NXTlacrosse features so many different players who have such varying backgrounds and life stories. This is the fourth story in a series of first-person renditions of those backgrounds and what each player thought and went through. NXT 2015 and Kennett attackman Brady O'Neill, now a freshman at Washington College, tore his ACL as a junior.

I walked into the gym at Kennett when I was a freshman and saw it hanging on the wall.

The 100-goal club banner is hard to miss, and when I saw it, I knew that I wanted my name up there. After my first two seasons, it looked like it wasn't going to be a question of if I was going to get there. It looked like a matter of when.

First day of practice of junior year is finally here. The weather has us inside and we're in a 3-on-3 drill. I've got John Finfrock covering me, who's a beast for NXT 2017 and now a Towson commit. We're good friends, so of course he's going to get really physical with me. I'm going back and forth, trying to get open, and I split to my right and go to roll back to my left.

I knew it right away. I went down to the floor and I knew it had to be an ACL or MCL. I remember thinking, "no, no, no, no, no this can't be happening." I had just come off a really good fall. I was playing a ton of lacrosse and I was set to have a really good junior year under a new coach. I was ready to take over.

Nope. Not anymore. I wasn't committed, either, and I was still hoping to get interest from Division I schools. I had just played at Franklin & Marshall a couple weeks before that, which helped get me on their radar, but I still couldn't get over it. It was so stressful and I needed to figure out what I needed to do.

Turns out that what I needed to do was get back on the field. ACL injuries aren't the career-ending injury that they used to be, so while it stunk to miss my junior year, I also knew that there was a chance I could be back for my senior year. The encouraging thing for me was that it's a nine to 12-month recovery. I had 11 months to get back, so I needed to get my act straight so I could play my senior year. I needed that tangible goal set in front of me.

I had to strengthen my muscles around my knee before the surgery and I had surgery about a month later. After that, I got to know the ins and outs of my couch pretty well. I was icing my knee a lot and I had a machine that moved my knee for me so scar tissue didn't build up. I couldn't even lift my leg up. I didn't have the strength to do it. I had to have my mom and dad help me to move my leg, which was discouraging.

If you think that's bad, wait until you get to the beginning stage of physical therapy. I was trying to gain flexibility and mobility back. My physical therapist was pushing me up on my shin and trying to bring it back to my hamstring, which was awful. But I was coming back for my senior year, man. I wasn't missing that. I was going to PT three times a week and some times, I was overdoing it. My knee would fill up with fluid and I'd have to dial it back, but I had to keep pushing myself if I wanted to get back on the field.

I'll always remember my first day contact day back. I was the most giddy kid there, so happy and full of energy. It was one of the most exciting days of my life. In the beginning stages, I was nervous about my knee, but I heard stories of kids re-tearing their ACLs because they were too worried about it, so I just decided to go full speed ahead.

Ninety-eight. That's how many career goals I finished with at Kennett. I'm not going to end up on that banner that I so desperately wanted to be a part of, but that's OK. I learned valuable lessons that will pay off infinitely more down the road than two more goals would have. When I finally came back against Cardinal O'Hara, it felt like I hit pipe eight times. I was still a little rusty and everything was a little off until I finally stuck one.

I ended up committing to F&M, then ultimately decided on going to Washington College. It's been a great fit for me and I've earned playing time as a freshman, which is always a good thing. With everything that happened to me, I'velearned that no matter what happens to you, you have to have a level head. If you want something, go get it, and realize what's in front of you. Don't get down on yourself if something goes wrong: work harder and come back even stronger.  John Finfrock actually got hurt this year - also as a junior - and once I heard it happened, I started keeping up with him. I want him to come back stronger, too, because I know what he's going through.

Like Sam Bouhdary can attest to, you're eventually going to find a place to go to school. Make sure it fits you for whatever you want. If you pick a school just for lacrosse and not school, you're going to regret it if you can't play lacrosse.

A torn ACL wasn't going to stop me. It made me tougher, stronger, faster and more mentally invested. It instilled a really good work ethic in me.