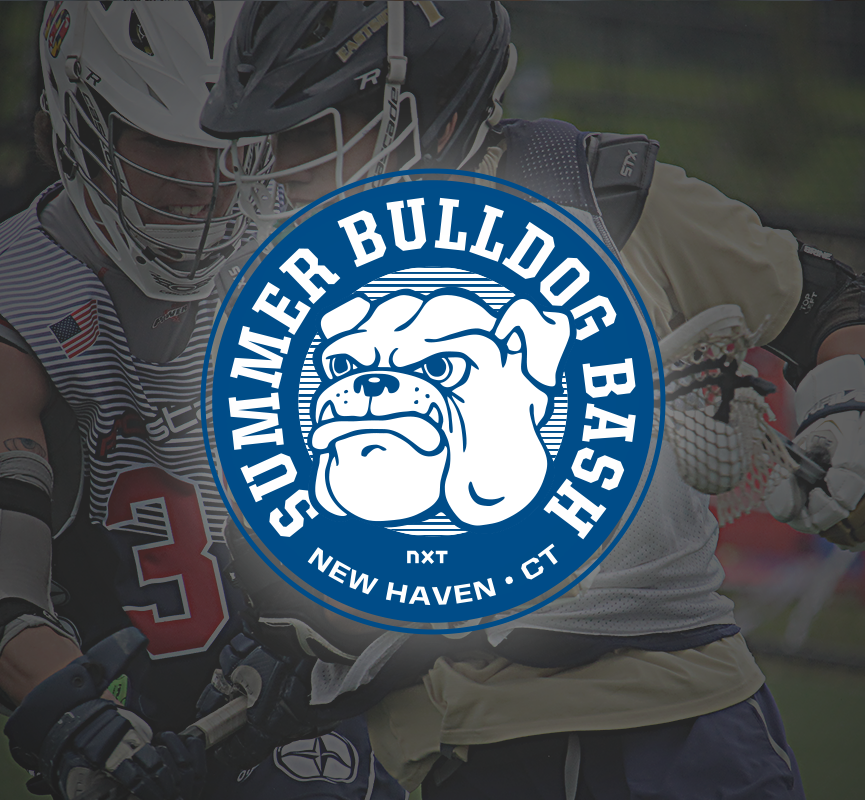 The Bulldog Bash is about a desire to work hard, play harder, and come out as the top dog in this middle school and high school tournament. NXT has come together with Division I coach, Andy Shay, of Yale University to create an unmatched presence of lacrosse in New England. The summer Bulldog Bash tournament has become one of the largest summer lacrosse tournaments in the area, hosting over 180 youth and high school teams annually.

This summer’s event will take place on July 18, 2021 on Yale University's campus at the well-known Reese Stadium. This event is open to any and all participants in the corresponding graduation years.  This event happens twice a year in both the summer and fall so be sure to sign your teams up for both to play against the nation's highest competition.

84 College coaches lined the sidelines to see top talent from the high school teams at Yale University including DI, DII, and DIII coaches.

Summer 2021 registration opens on August 12, 2020. Teams can follow the steps to registration by clicking below, or by reaching out to our tournament director. From here, parents can also complete their waiver!

70 Central Ave New Haven, CT 06515 / In addition to a Field Turf surface replete with Yale logos and surrounded by protective netting, Reese Stadium has four air-conditioned team rooms, a concessions area and a ticket office. The complex, which also includes the Kempner Family Plaza on the front side, has permanent stadium seating for 1,250, multiple sets of bleachers at field level, the 5K Corral Press Box and covered viewing/meeting areas at the top of the stadium. A video scoreboard on the Western side sits atop the line of pines that surround the facility.